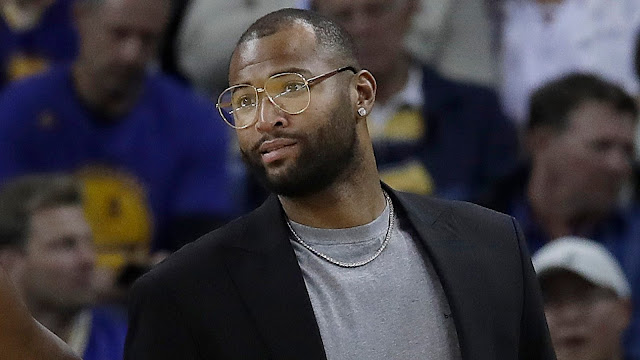 Recently waived big man DeMarcus Cousins wants to stay on it. He has not ruled out signing with a team according to reports.

Other reports stated that the former Lakers center currently is rehabbing a torn ACL. It's the same injury that bothered Cousings for nearly three years.

He also tore his left Achilles tendon on Jan. 26, 2018 while playing for the New Orleans Pelicans.


Cousins' lengthy stay on the sidelines

Cousins signed a one-year contract for the Golden State Warriors in 2018 but sat out most of the season due to injury.

He was able to return come playoff time but tore his left quadriceps. He still managed to power through as he played in all six games for the Warriors, averaging 8.3 points and 4.7 rebounds in 18 minutes per game.

The 6-foot-10 big man then signed a one-year contract with the Los Angeles Lakers in 2019. Unfortunately for him, Cousins took a bad step and tore his left ACL during practice. The Lakers waived him on Feb. 24 to clear out a roster spot.

Cousins is now an unrestricted free agent and there are teams reportedly interested in signing the talented big man.

Will Cousins return to the NBA once it resumes?

It might be better if Cousins focused on fully recovering first, then spend another season off getting better making his body more sturdy.

Cousins is still just 29, which is still a prime age. He should still have plenty of mileage left in him but he has to make sure his body can hold it all up.

It's possible that NBA teams want to jump on the opportunity, especially as Cousins will be close to healing before the season resumes in Orlando.

All 30 teams can start signing free agents through June 30. One team might just trust the process on Boogie.

Will DeMarcus Cousins recover in time for Orlando? Should he buffer for another year to reinforce his body for the banging? Let's talk about it in the comments below.