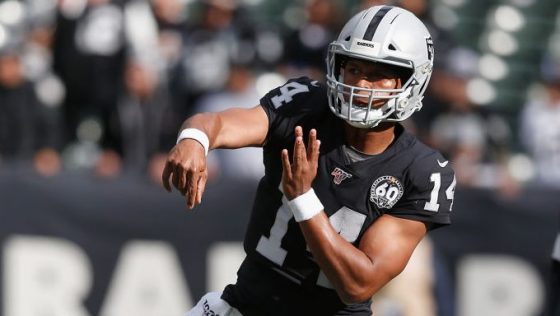 Vegas is trimming down their 90-man roster. They're now down to three quarterbacks.

The Las Vegas Raiders are now down to three quarterbacks after waiving DeShone Kizer on Tuesday.

The team claimed Kizer off waivers las September but didn't play in any regular season game as David Carr's back up.


Raiders waive Kizer and five others

Las Vegas is now left with Marcus Mariota and Nathan Peterman playing behind Carr at quarterback.

Of all the players waived, only Poling saw action for the Raiders last year.

The Cleveland Browns selected Kizer in the second round of the 2017 NFL draft.

Kizer last saw action for the Green Bay Packers in 2018.


Where will DeShone Kizer end up next season? Will a team pick him off waivers? Tell us your thoughts.