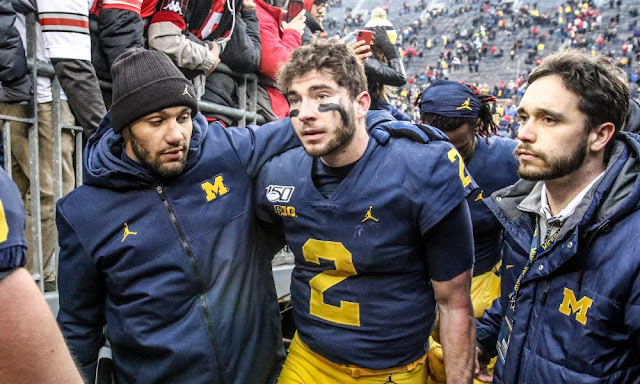 The 23-year-old Patterson used to be a top prospect in 2016 while he was still playing on the prep level.

Patterson played with Ole Miss from 2016-2017 before transferring to Michigan. There, he only started 13 games in each of the last two years for the Wolverines.

Patterson will join a quarterback-filled Kansas City team that had just won this year's Super Bowl.

He will have to compete for playing time with 2018 MVP, Patrick Mahomes, veteran Chad Henne, and former XFL quarterback Jordan Ta’amu.

Patterson ended his college career at Michigan with a 19-7 record as a starter. He threw 45 touchdown passes and had 15 interceptions.

He completed 56 percent of his passes for 3,061 yards, 23 touchdowns and eight interceptions in the 2019 season.

The former no. 1 prep prospect started his college career at Ole Miss but only played 10 games in two seasons. Patterson was allowed to transfer freely after NCAA banned Ole Miss for the postseason in 2018 for rules violations.

He also played Professional Baseball for the Texas Rangers in the MLB before finishing the final two years of his college eligibility at Michigan.


Will Shea Patterson be a key part of the Chiefs' rotation? What will this signing mean for the Super Bowl champions? Let's talk about it in the comments below.