Onyeka Okongwu: The Next Bam Adebayo? 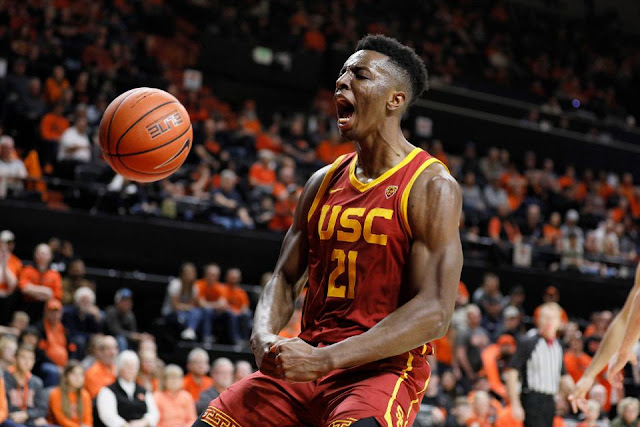 Put Onyeka Okongwu on a team that will give him the minutes and he could be the best player of the 2020 NBA Draft class.

The 2020 NBA Draft will probably have a lot of questions as NBA scouts will have to rely on mixtapes and old scouting reports for this one.

The current COVID-19 has caused the cancellation of sporting events, including NCAA conference tournaments and March Madness.

This is shaping up to be one of the most unpredictable drafts in years.

Onyeka Okongwu: a huge sleeper for a top prospect

Okongwu is one of the best young big men in college basketball right now. The USC freshman standout is projected to go as early as top 10 in this year's draft.

History has shown how very high prospects suddenly drop to late first round to second round when draft day arrives. Part of this is because of team workouts where coaches see the draft prospects first hand.

The cancellation of most sporting events and pre-draft activities such as the draft combine and the workouts might hurt the 19-year-old's chances.

Teams still shouldn't sleep on this young player as he has shown in his freshman season at USC that he possesses the physical tools and the attitude to make it good in the pros.

What makes Okongwu a top prospect?

Okongwu proved why he is one of the most talented big men in College Basketball in his first year.

He led the Trojans in points, rebounds, and blocks per game with averages of 16.2 points, 8.2 boards, and 2.7 blocks. Okongwu was named to the All-Pac 12 first team and All-Freshman team for his performance.

Scouts surely have these numbers on record but the team that will draft Okongwu will have to rely on visual potential for now.

Okongwu: the next Bam Adebayo?

At 6-foot-9, 245 pounds, and a 7-foot-2 wingspan, Okongwu has been drawing a lot of comparisons to Miami Heat All-Star center Bam Adebayo.

It isn't that far a comparison because like Adebayo, Okongwu is slightly undersized but can  play the power forward and center position effectively with his strong frame.

Okongwu has a monster game inside the paint and can defend both inside and out with his quickness and leaping ability. He averaged 1.2 steals per game this season, which isn't common for bigs.

Being a specimen at only 19 years of age, Okongwu has all the tools to be an elite NBA player one day. He's like a mirror image of Adebayo right now.

It has already been long-established that Okongwu's ceiling is either a better version or an exact carbon copy of Adebayo.

Adebayo wasn't a starter in his first two seasons in the NBA but the Miami Heat groomed him to be. They didn't let then starting center Hassan Whiteside eat up his entire playing time.

The same should be done with Okongwu if the team that drafts him indeed has plans for him rather than just denying other teams of trying to develop him like the Orlando Magic allegedly does often.

Which NBA team will draft Okongwu?

It won't be a surprise if Okongwu goes up to top 5 in the draft.

Just in case the mock drafts are to be followed, teams that will benefit most from his style of play are the Chicago Bulls and Washington Wizards.

The Bulls already have a solid outside game with Zach LaVine, Lauri Markannen, Coby White, and Otto Porter Jr. Okongwu can possibly be the starting center as a rookie for the Bulls.

As for the Wizards, having Okongwu on the lineup will be a project. It will be interesting to see pick and roll plays from a returning John Wall or outlet passes to Bradley Beal.

Whoever ends up drafting the 19-year old, let's hope they use him well as he has the potential to be one of the best bigs in the NBA.

Can Onyeka Okongwu live up to his potential? Which team will draft him and which team will benefit the most from having him? Leave a comment and tell us where Okongwu will end up.