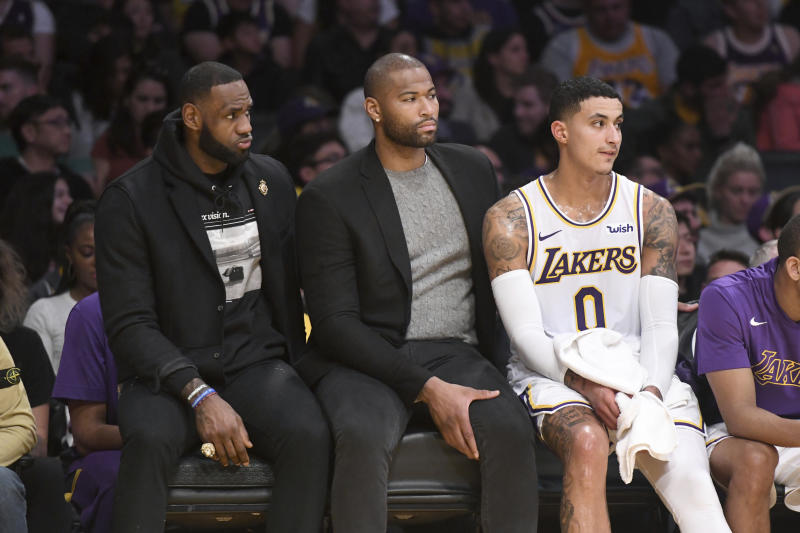 The Los Angeles Lakers lost its most talented center whose contributions were more felt cheering at the bench.

The team waived DeMarcus Cousins after reaching a deal to sign Markieff Morris, who was recently bought out by the Detroit Pistons.

Los Angeles needed to clear a roster spot and unfortunately, they figured Morris will be of better use than Cousins on the bench.

Cousins injured at the beginning of the season

Cousins signed a deal with the Lakers last offseason but never played a game for the team.
He came off consecutive seasons where he dealt Achilles tear and ruptured quad problems. A torn ACL during during offseason workouts made matters worse.

The talented big man has been struggling with injuries since he was with the New Orleans Pelicans. It cost him a supposedly inevitable max deal and a lot of prime years.

Cousins was in the same situation last year after signing a one-year $5.3 million deal with the Golden State Warriors. He was able to return late last season but got injured again in the first round of the playoffs.

He was one of the brighter sides when he returned in time for the NBA Finals as he was the remaining one carrying the team despite not being a hundred percent.

The Lakers got Cousins on a surplus one year and $3.5 million this offseason. Lakers fans were optimistic as the former All-Star center always played better than Anthony Davis when healthy. Cousins' emotional baggages and injury issues were the only downsides.

Head coach Frank Vogel hinted that Cousins could possibly return for the playoffs but they felt the pressure of their in-city rival, Los Angeles Clippers stockpiling talent.

The Clippers signed Markieff's twin brother Marcus Morris and Reggie Jackson, who were bought out by their respective teams.

The team wanted a healthy big man to match the Clippers and the rest of the west come playoff time and Cousins was the sacrificial lamb.

Will a team pick up Cousins shall he be healthy come playoff time? Leave a comment and tell us what you think about the talented big man.