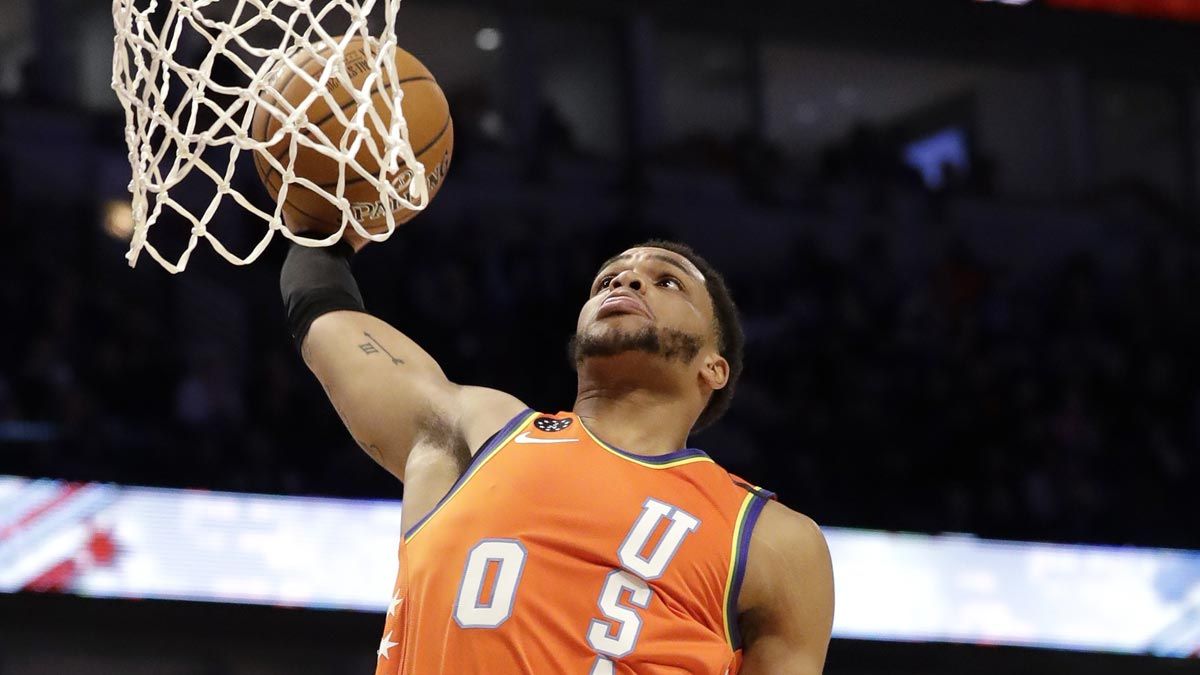 As expected, unlikely heroes shine during the kickoff to the All-Star weekend festivities. Another young gun played like a superstar as Team USA beats Team World 151-131.

Bridges took MVP honors as he scored 20 points, which was also the score differential at the end of the game. Eric Paschall scored 23 points but the MVP vote went to Bridges for his more well-rounded performance.

There were a lot of highlights as usual in the Rising Stars Challenge on Friday night, one that even included damaging the rim.

Bridges has been a surprise in the Rising Stars game despite a difficult season in Charlotte. He only averages 13.0 points, 5.5 rebounds, and 1.7 assists this season.

The second-year pro put on a display in his team owner Michael Jordan's old home court as he made several highlight reel-worthy dunks.

“We wanted to come out and play hard in the Rising Stars and show what Charlotte is about - me, Devonte' (Graham) and P.J. (Washington),” Bridges said.

“And that's what we did. I didn't have any extra motivation, really, I wouldn't say that. But MJ putting Chicago on the map, it definitely plays a big part, though,” he added.

Speaking of dunks, Williamson and Ja Morant had their share of highlight dunks for the USA side too. Williamson even bent the back end of the rim with one of his dunks.

Team World also had its share of highlights especially when Dallas All-Star Luka Doncic banked a halfcourt buzzer beater just before halftime. Doncic and USA's Trae Young shared a snap-worthy laugh after the shot went in.

The game itself was fun to watch as each team allowed each other to have their moments in the spirit of fun and not much in the way of competition.

Did you enjoy the Rising Stars game? Who did you pick to win MVP? Let's talk about it in the comments below.