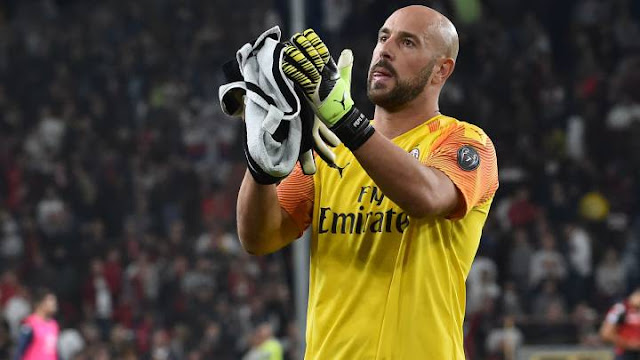 Aston Villa will have Pepe Reina til end of the season. The team signed the goalkeeper on loan from AC Milan on Monday

Reina  is no stranger to the Premier League having spent eight seasons with Liverpool from 2005-2013. He won the Golden Glove award for most clean sheets during his time there.

The 37-year-old also played for Bayern Munich and Napoli before ending up with AC Milan in 2018.


Villa sign Reina on loan until end of season

Reina was brought in initially to cover for the injured covered Tom Heaton, who was ruled out for the rest of the season after suffering a knee injury.

"We've managed to secure a player in Pepe who has a wealth of Premier League experience," Aston Villa manager Dean Smith said in a statement

"Unfortunately, his injury has ruled him out for the rest of the season but Pepe fits our criteria not just because of his experience but also because of his leadership qualities," Smith adds.


A ton of experience

Reina has international experience having played 30 games for the Spanish national team. He was part of the squad that won the World Cup in 2010 and the Euros in 2008 and 2012.

Aston Villa currently sits at 18th in the standings which is a point away from safety zone. They visit Brighton & Hove Albion Saturday.

Will Pepe Reina stay in Aston Villa for good? What will his status be when Tom Heaton returns? Tell us who you want more in the comments below.