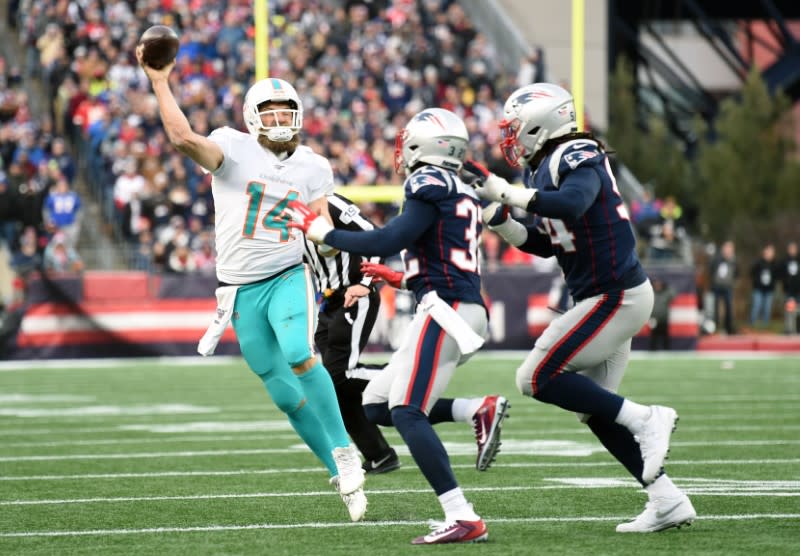 No more first round bye for the New England Patriots as the  Miami Dolphins stunned them on Sunday.

On the other hand, the Philadelphia Eagles won the National Football Conference (NFC) East division on the final day of the NFL regular season.

The Patriots are now at 12-4 after the loss. It will be the first time in 10 seasons that the American Football Conference (AFC) East winners will not have a first-round bye. New England is set to play the 9-7 Tennessee Titans in a wild-card game next weekend.

"We didn’t play the way we’re capable of playing and it ended up costing us," Patriots quarterback Tom Brady said. "Just too many bad mistakes."The divisional round contests follow on Jan. 11-12 after the weekend's wild card games. Conference championship games will start on Jan. 19 and Super Bowl weekend in Miami on Feb. 2.

Will the loss of their first round bye affect the Patriots Super Bowl chances? Let us know your thoughts.