Knicks open to trading Julius Randle according to sources 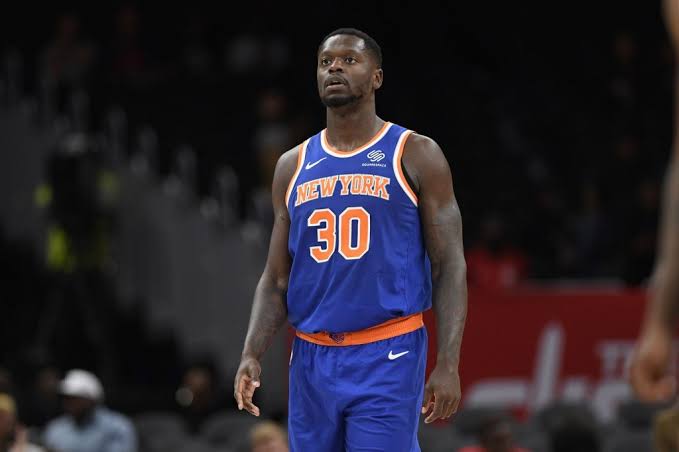 The New York Knicks wasn’t successful in landing a bonafide superstar.  They did sign several players last summer though. The thing is the best player they signed isn't necessarily a long-term keeper.

Julius Randle is the only Knicks signee to receive a fully guaranteed salary beyond this season. Just two months into the regular season, the team is already entertaining trade offers for the 25-year old.

Sources report that the Knicks are open to moving Randle despite the locked in contract for next season. Judging by how they cold heartedly traded Kristaps Porzingis last season, that only means nobody has a safe spot on the roster whether contributor or reserve.

Randle is at best a middling starter on a bottom-performing team. He averaged a career high in points for New Orleans last season despite playing alongside Anthony Davis at frountcourt. Then he went back to his usual below 20 per game when he was expected to be the star.

The leaking of such rumors at the Knicks' front office may spark potential Randle trade talks. With contribution like he has this season, it's definitely not going to be a noisy talk.

The bottom performers would rather tank for a rewarding draft position rather than add a floor-raiser like Randle. The better teams might not need another big like Randle. His ball-stopping and defensive limitations aren't worth the price tag on a winning team.

Randle is guaranteed $40.9 million for two seasons. Sure he might find his game eventually and magically transform into a superstar for the Knicks. The problem is that his team is looking to move him out early and he has yet to play his price tag this season.

He has to do something big in the next few week to make teams believed they missed out on a guy like him last free agency.

Will Julius Randle be better out of New York? Will any team trade for him early in the regular season? Tell us your thoughts.