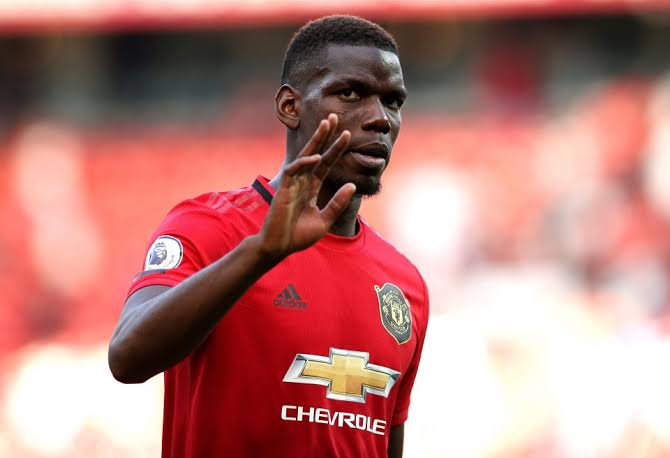 Reports have stated that  Paul Pogba has been cleared to play. it's now a question of: Does he want to play??

The Manchester United midfielder has allegedly been making false claims that he is still nursing some injuries. Some say it's an effort to force officials to move him out of Old Trafford in the January transfer window.

Cope’s Radio show made the shocking revelation after gathering the info from a source from inside Manchester United dressing room. Sources state that the Pogba has fully recovered from his ankle injury however, he is trying to delay his return to action for the Red Devils.

United manager Ole Gunnar Solskjaer refused to give away the 26-year old French star during the summer transfer window despite huge interest from top European league teams like Real Madrid and Juventus.

Pogba's last appearance for United was a 1-1 draw against Arsenal early in September. He is said to target his return in line with the Manchester derby on December 7.

Solskjaer stated that Pogba has been working on his conditioning in Dubai last week.  “He’s improving. Obviously, when you’re in a cast for that long you do lose your muscle and gradually you have to step it up. He’s not started on his football work yet and it will still be a little while before we see him,” the United coach said.

The Frenchman then gave an update of his own injury saying he feels a bit helpless to be unable to effect football games which is why he insists to prioritize healing.

“I’m gutted. To see the team lose without being able to play is the worst. I would like to be back to help them but the most important thing is to heal,” Pogba said.

The Red Devils sit at 9th place on the Premier League table and is in dire need of firepower to gain Champions League berth. The team hopes Pogba will return to action soon to catapult them to a salvageable record.

Is Paul Pogba's injury real or fake? Is he leaving United for good in January? Lets talk about it in the comments below.