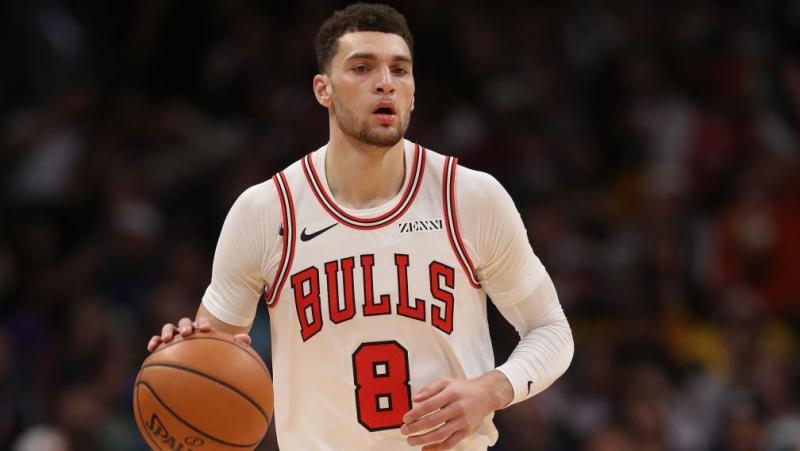 The NBA All Star game favors home court all the time. That's what Chicago Bulls guard Zach LaVine is after.

As history has indicated, All-Star numbers do not necessarily constitute to an All-Star stint.

It took a lot of time before superstars like DeMar DeRozan, Kemba Walker, and DeMarcus Cousins to make the All-Star lineup. Cousins and Walker are the ultimate examples of these

In 2014, Kobe Bryant was injured so the NBA looking for his replacement in the All-Star game. New Orleans was hosting the event so the NBA chose Anthony Davis despite being statistically inferior to Cousins that season.

As for Walker, he deserved to be an All-Star since his sophomore season but only managed to finally play in the event in his sixth season. DeRozan also had to suffer the same.

This season, LaVine wants to break through and be an All-Star, especially with the game itself coming to Chicago. If he falls short on votes again this coming season, his best hope is an injury to one of its players lined up.

LaVine deserves to be an All-Star

“Everything comes with winning. I feel like if we win and we’re in the right positions, the sky is the limit for me,” LaVine told ESPN following Thursday’s practice.

“I had an All-Star-caliber year last year, but we had 22 wins so it got a little bit swept under the rug. But that’s how it’s supposed to be when you have 20 wins. But if I continue to play the way I’m supposed to, there’s no reason I shouldn’t be an All-Star or All-NBA type guy.”

“I expect to be there through the whole weekend, and if my legs are right, obviously I would love to [compete in the dunk contest], but I’ve got to make sure what’s best for me and the team,” LaVine said. “I’ve been on that stage before, but I haven’t been on the Sunday night one, so I expect to be there and I expect us to move forward.”

LaVine has all valid points on why he deserves to be an All-Star. It's just that the world can sometimes be biased.

LaVine needs some breaks to go his way

LaVine will surely light up the scoreboard. It's a question of how much attention gets drawn into him especially with a better, deeper Bulls team that will get full seasons from Lauri Markkanen and Otto Porter, plus has added Tomas Satoransky.

The Bulls must get more wins to get noticed and respected enough to have an All-Star out of them. Ironically the depth could mean fewer touches for LaVine.

That is a problem if you are on a guard-heavy Eastern Conference. Even All Stars like Giannis Antetokounmpo and Ben Simmons qualify as guards in the voting process.

LaVine will have to beat out every good guard in the East to make the All-Star Game. This the positive way since his only other chance is an injury to a lined up guard.

If there is one thing sure about LaVine being in the All-Star Weekend, Saturday's Dunk Contest should be his if he chooses to join. Hope he prioritizes being in the Sunday game more.


Does Zach LaVine deserve to be an All-Star? Will he make this season's teams? Leave a comment and tell us your thoughts.