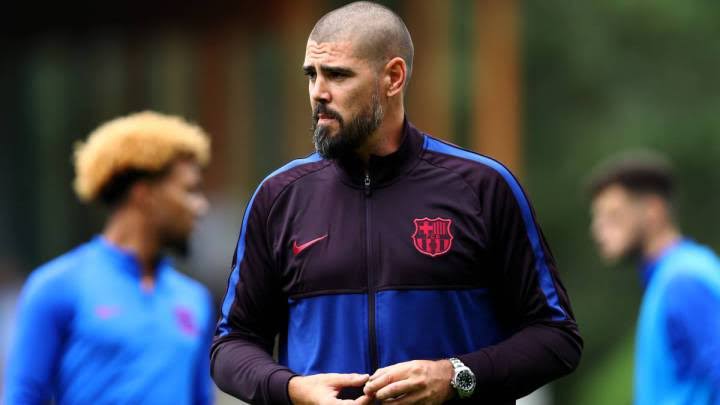 FC Barcelona fans will remember the name Victor Valdes at least in one point or another.

The Barca Legend appeared in more than 500 senior appearances where he won multiple trophies since graduating from the Barcelona’s youth ranks.

Valdes was given an opportunity to become their U-19 coach this summer. The Spaniard had a chance to mold an academy full of exciting young talent ready to take on the world.

A supposed to be a fruitful transition went rather downhill since Valdes became coach. That led to the club sacking Valdes three months after assuming position.

U-19 struggled under Valdes

Barcelona's U-19 squad is one of the best in recent memory. The club has potentially world class prospects such as Ilaix Moriba and Nico Gonzale.

The club's U-19 squad suffered back to back losses against Borussia Dortmund and Inter Milan recently in the UEFA Youth League. It wasn't the only reason Valdes was sacked though.

It was the final straw for the Barcelona Legend, putting a sad end to a return that was filled with promise and longevity.

The hunt for a new manager begins

Barcelona doesn't have to go further to fill in the vacant position. An obvious choice will be Team B coach Franc Artiga.

Artiga was a favourite to take over Team A before Valdes got appointed. He will possibly be the one to get the chance to manage the U-19 squad.

The official decision will be made official this week on who will replace Valdes as the new U-19 Team A coach.

What else went wrong with Valdes and the U-19 team? Will Artiga indeed be the replacement? Tell us your thoughts.