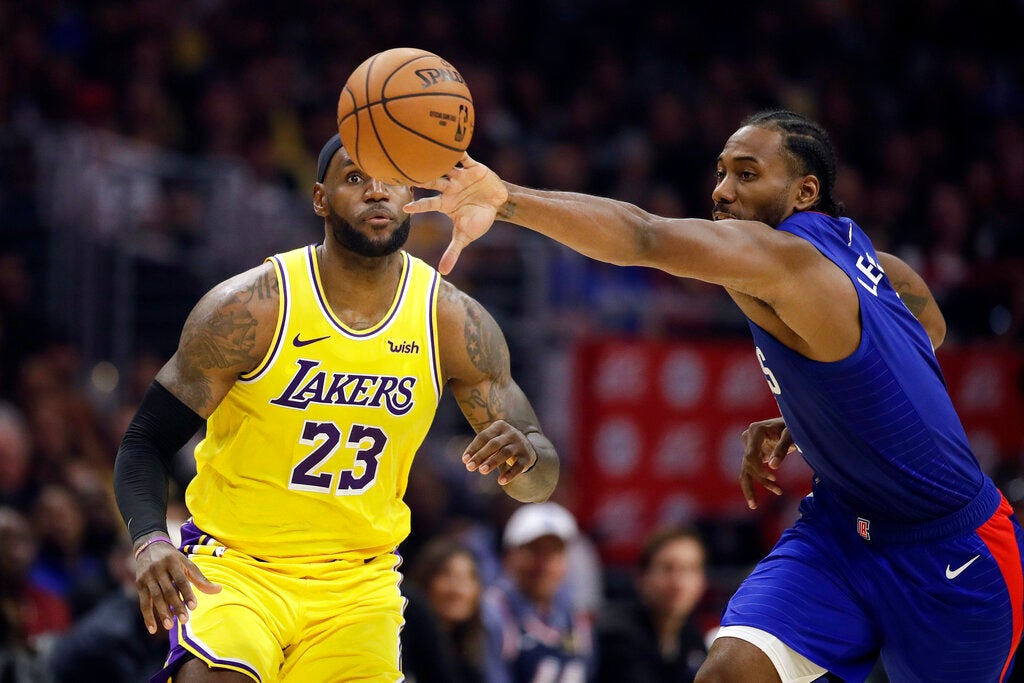 There were a number points to talk about in the battle of the two Los Angeles teams in their season opener as the Clippers beat the Lakers 112-102.

Kawhi Leonard didn't have a sweet welcome as he was roundly booed while delivering a pregame speech in front of a Staples Center “home crowd.” It was the Lakers fans that were more anticipating that night.

Leonard had to warm up as he missed his first two shots and had two turnovers as the Lakers opened up with a 13-2 lead. Pretty soon, the reigning Finals MVP found his groove as the Clippers took over the second quarter.

The Clippers overcame a Lakers rally in the third to win the season-opening battle of Los Angeles.


Big Clippers win with Paul George on the bench

The scary part about this reinforced Clippers team is they overcame a loaded Lakers team while six-time All-Star Paul George watched from the bench with ailing shoulders.

Leonard put up his usual stat lines finishing with 30 points, six rebounds, five assists, two steals and one block. He covered for George's absence as the Clippers overcame a 11-point deficit to take a 62-54 lead into halftime.

Even Danny Green's good night wasn't enough for a Clippers team that only has one of its two superstars. This is actually the same team that made the playoffs last season without Leonard and George. They even managed to hold their own against Golden State before their lack of a legitimate superstar cost them.

The Clippers have two now. Not only are Leonard and George proficient scorers but also two the best defenders in the NBA.

Combine Leonard with a returning George and some high quality utility players such as Lou Williams, Patrick Beverley, and Montrezl Harrell and the Clippers will be extremely hard to stop.

We have to remember that the Clippers are a team just as good as the Lakers. It's not like the Lakers lost to a bottom-performing team.

Optimistic Lakers fans see a bright side after getting a first glimpse of LeBron James and Anthony Davis playing together. The tandem actually works just like James expected it to.

James kicked off his 17th NBA season tallying 18 points, nine rebounds and eight assists. Davis on the other hand performed well in his first season with a different team as he tallied 25 points, 10 rebounds, five assists and two blocks.

It may or may not helped that Kyle Kuzma didn't play as he is still nursing a stress injury in his foot. Kuzma could have provided an offensive boost but it still depends on how he meshes with his superstar veterans.

Green fit in well in the Lakers rotation providing the team with the shooting it was lacking last season. He led the team with 28 points while shooting 7-of-9 from 3-point range. His performance broke Kareem Abdul-Jabbar’s record of 27 points in a Lakers debut.

Despite the effort, it was his former Spurs and Raptors buddy Leonard that had the upper hand that night. It's the first time Leonard and Green have played apart in the former's entire NBA career.

Things to look forward to

This season's battles of Los Angeles are definitely going to be classics. It's going to be a chess game between matchups and supporting units.

The Clippers and Lakers will next meet on Christmas day. Let's see if George and Kuzma will be the difference makers in the next meeting.

Will opening night define the entire season for the two Los Angeles teams? What changes are we to expect in their next meeting? Let's talk about it in the comments section.