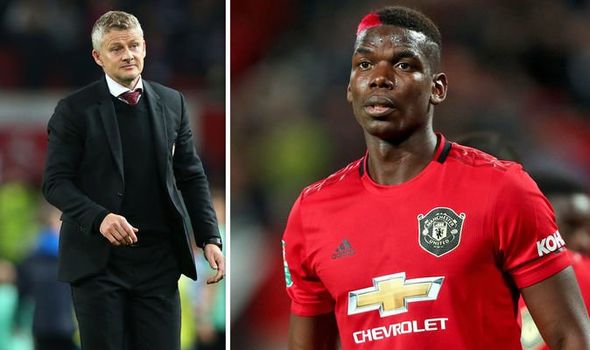 Paul Pogba is not going anywhere for the time being. That's according to Manchester United manager Ole Gunnar Solskjaer.

Despite huge interest Real Madrid, Solskjaer explained that his midfield gem will not be leaving the club in the January transfer window.

French coach Zinedine Zidane has been aggressively pursuing the top midfielder for quite some time already. They have been pursuing Pogba since last season.

Solskjaer on the other hand is making sure that his star midfielder will not end at the Spanish capital next season.

Madrid has made an aggressive pursuit of Pogba during the summer transfer window. They failed to close a deal that would have brought the 26-year-old to Santiago Bernabeu.

No move materialized and Pogba remained at Old Trafford. Another thing that might have hurt a possible deal is that the midfielder is currently on the injured list.

The Los Blancos are making a decent rebuild this season. Club president Florentino Perez has not given up on trying to sign Pogba.

Pogba himself has openly expressed interest in playing for Madrid. He said that is his dream to play for the legendary Spanish club.

Solskjaer has made sure Pogba stays committed with the Red Devils. That's despite the Frenchman wanting a new challenge elsewhere after the end of the 2018-19 season.

Solskjaer remains confident that Pogba will remain the team after the January transfer window. The Norwegian boss claims that he will not entertain any offer for his star midfielder.

“I don’t listen to the president of Real Madrid, But Paul is working hard here and he is totally committed to Manchester United," Solskjaer said.

"We have seen that while he’s been injured. He has been working like crazy to get himself fit because he wants to play for us and he wants to help his team-mates," the manager added.

The United manager has no worries about Pogba's future with the team. He explains that the team will handle the issue the same way they did in the summer.

United suffered another setback against West Ham last Sunday. Solskjaer was working with a depleted lineup that badly needs Pogba back soon.

The Red Devils have to regroup to be able to secure a Champions League berth at the end of the season.

Is Paul Pogba staying in Old Trafford? Will Real Madrid make an offer that even Solskjaer wouldn't be able to resist? Tell us your thoughts on this issue in the comments below.