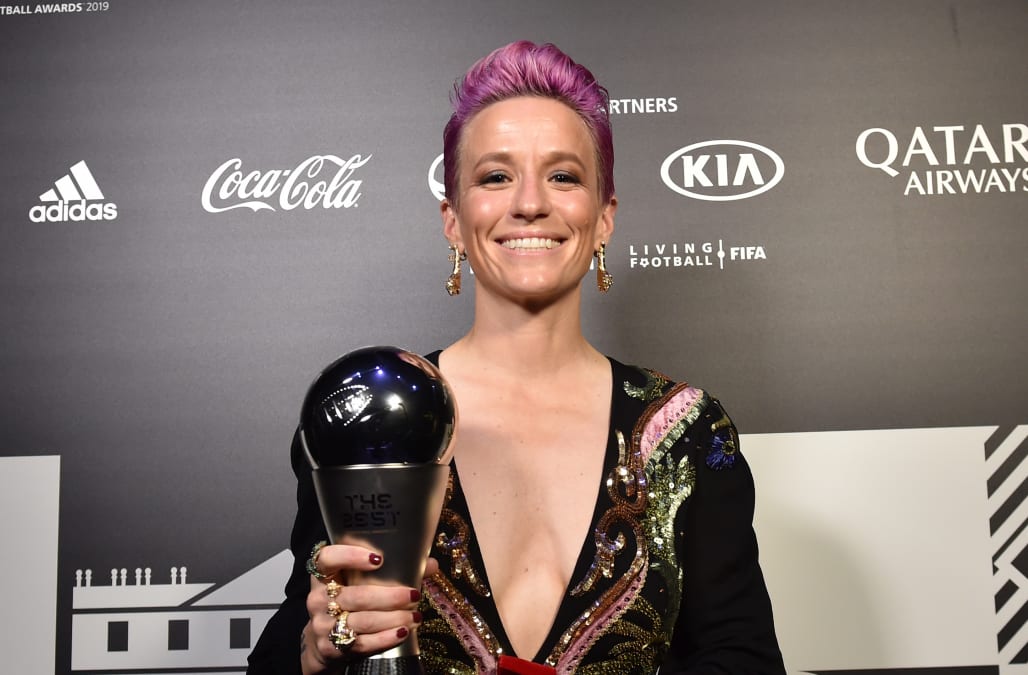 The Best FIFA Football Awards 2019 were handed out on Monday in Milan. Football has seen one of its best years worldwide.

The Women’s World Cup took center stage after high level of play was seen through ought nations. The highlight of the awarding ceremony in Milan was Megan Rapinoe.

USWNT stars Rapinoe and teammate Alex Morgan were in stiff competition to win the trophy for best women’s player. England’s Lucy Bronze was also in the run to win the award.

Rapinoe had a phenomenal performance all year. She finished the 2019 FIFA Women’s World Cup leading her team with six goals and three assists. Rapinoe's performance won her both the Golden Boot and the Golden Ball.

Her advocacies for equality, LGBTQ+ rights, and equal pay for women has also sparked consciousness among her USWNT teammates and significant people in the sport.

The outspoken soccer star is not afraid to call out people in power like Donald Trump, the USWNT and FIFA officials.

A dominant year for Rapinoe

Rapinoe dominated both on and off the field in her performance and advocacies this 2019. She definitely ran away the clear winner of the competition.

Her award puts her in the same regard as Lionel Messi who won this year's best men’s player award.

She has sent a clear message that women's soccer is her world right now the rest are living in it.

What are your thoughts on Megan Rapinoe's achievements this 2019? Was her award well deserved? Tell us your thoughts in the comments below.