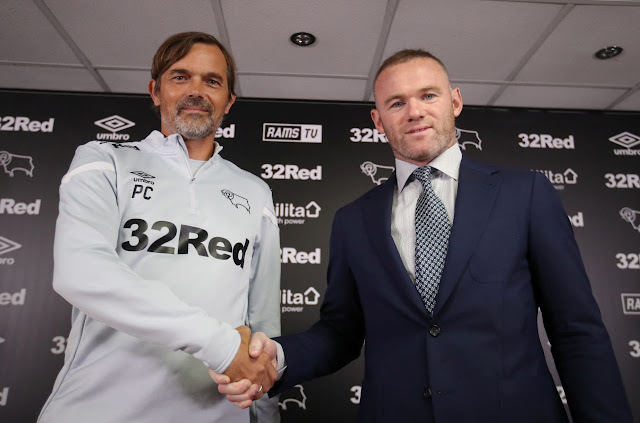 Wayne Rooney is officially leaving MLS at the end of 2019.

The former England captain spent one and a half seasons in the Major League Soccer as part of D.C United.

The 33 year old  is set to return to his native England, to become a player-assistant coach with second-tier Derby Country.
Reports of the move have surfaced as early as Monday. The news of the deal made official was broken 24 hours later.

Manchester United’s all-time top scorer moved to MLS last year in what was considered his twilight years in the sport.

Many wondered how he would mesh with the American-styled league as he spent his entire professional career with two clubs, Manchester United and Everton.

The move drew comparisons to his former club and international teammate David Beckham in his twilight years. The London native spent parts of six seasons in the MLS with the LA Galaxy after a three-year stint at Real Madrid.

As a member of D.C. United, Rooney proved he could still play. His contract with the club however was supposed to last for at least another year.

Surprisingly, the brash footbal star thrived in his new environment. He quickly established himself as a model teammate despite the visible decline in his physical performance.

He also managed to turn D.C. United into a playoff participant before the season was over.  Rooney definitely brought the team back to its winning ways.

Rooney's move to Derby will make him the sixth member of England's Euro 2004 squad to lay low.
Sol Campbell, Steven Gerrard, Frank Lampard, Paul Scholes and John Terry all had their first steps in coaching or management in the past 15 months.
Lampard was the catalyst in Derby's championship run last season as the team's manager before moving on to greener pastures at Chelsea.
"It's great to see my ex-team-mates going into management," Rooney said . He always had the ambition to do the same according to him.
"Coaching is what I want to do long-term but my main focus will be on playing and learning," Rooney explains.
He also vows to try to learn good habits in the next 18 months.

What do you think about Wayne Rooney's new role next season? Will he be a good manager? Let us know what you think of this move.