Is Lions rookie the next Rob Gronkowski? 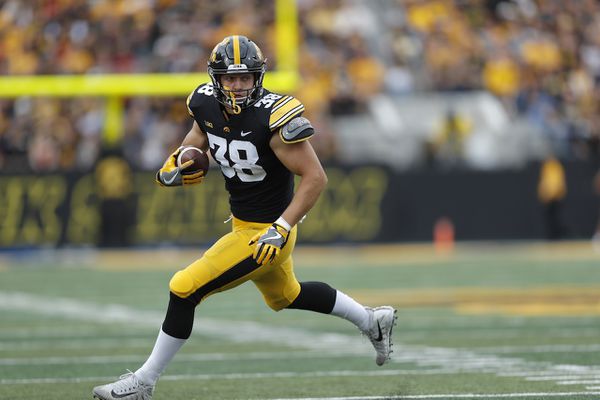 Bob Quinn was part of the New England Patriots’ front office when he witnessed Rob Gronkowski blossom into a superstar.

He now wants to recreate those memories as the general manager of the Detroit Lions. Quinn hopes he can create another great tight end of this new era.

The first step of Quinn's visions was to select Iowa tight end T.J. Hockenson with the eighth overall pick in this year’s NFL draft.

Coincidentally, it was a failed attempt to trade for Gronkowski that influenced the decision.


Having a lot in common

Hockenson stands 6-foot-5 and is listed at 251 pounds. His size is obviously similar to  Gronk's.

Both have the same athlethicism, and can catch the ball. Hockenson also has a nasty streak as a running blocker.

Quinn watched two years’ worth of Hockenson’s college tape to scout his next prospect.

He said Hockenson's play fits into the hard-nosed football team he has spent four offseasons trying to build. He feels that Hockenson’s receiving ability can be Pro Bowl caliber.

The tight end impressed at the scouting combine as he showed great explosion and agility for his size. He tested out as an elite physical tester for his position.

Is he the next Gronk?

Unlike Gronkowski who blossomed under the influence of a winning team such as the Patriots, Hockenson has a different situation to deal with.

He is going to play for a Lions team that came off a 6-10 season. The team is banking on him to bring some of his Gronk-ish elements to turn around the team's fortunes this year.

Hockenson was asked  how important it was for him to stay away from comparisons to Gronkowski and he said “Very” with a laugh.

“I haven’t done anything in this league yet; I still need to prove myself and that’s what I’m coming out here every single day to do — to try to belong,” he explains.

He was humble enough to shy away from being considered a mirror of the greatest tight end of the past 20 years.

We'll see in the future if "Hock" will be a thing in the NFL for years to come.


Do you think T.J. Hockenson has what it takes to be the next Rob Gronkwski? Comment down below your thoughts.