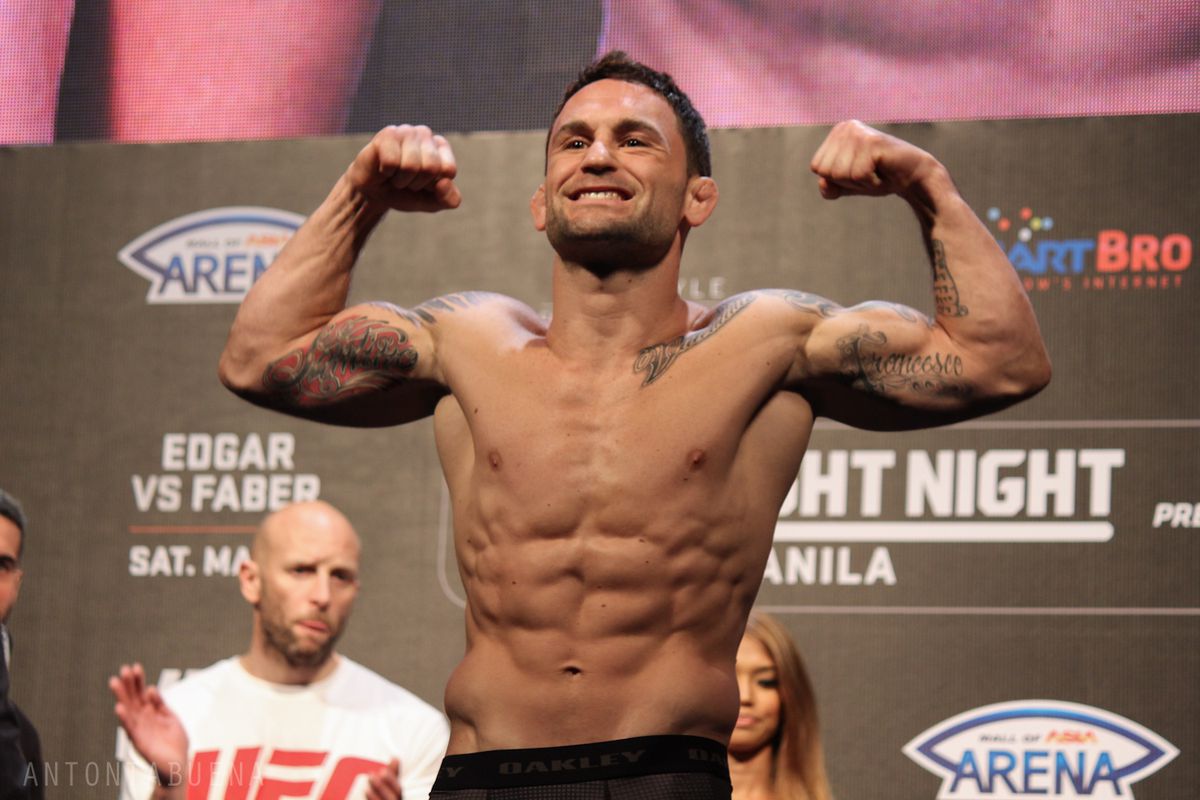 For the early part of his career, he was hesitant to cut down one weight class. Now, Frankie Edgar is going two divisions lower.

The former UFC lightweight champion and featherweight contender is now making the move to the 135-pound division.

Edgar is making the move to bantamweight following his failed attempt to win the featherweight belt from Max Holloway.

Edgar's manager, Ali Abdelaziz and his coach, Mark Henry were influential in the move. Edgar himself finally decided himself that it was about time.

For the majority of his career, Edgar was one of the smaller competitors at lightweight. He had a good run there despite that after defeating BJ Penn and Gray Maynard in some classics.

UFC President Dana White has been pushing for Edgar to drop to featherweight hence, allegedly conspiring to let Benson Henderson dethrone him of the lightweight title and lose again in a rematch.

This has prompted Edgar to finally move to the featherweight division.

There, he has seen mixed results as another alleged conspiracy would emerge when Edgar, who was clearly dominant in two title fights with then champion Jose Aldo lost both bids.

His last try was another failed attempt as featherweight champion Max Holloway clearly outperformed him.

Edgar ends his featherweight run with a record of 8-4.

Edgar insists that he is nowhere near ready to lay his gloves on the Octagon floor hence, he would continue fighting.

Though he could still continue his pursuit for at least another shot at featherweight, there was also the long-urged drop to 135 pounds. Edgar's coach chose the latter.

Henry has been wanting Edgar to move down to bantamweight for quite some time now. One of the reasons is that his lack of size is starting to catch up with him even in the featherweight division.

"He always does better when he fights guys his own size. When he's fighting guys with similar height and range -- sometimes they still weigh more than him, but I feel like it's an even playing field," Henry explained further.

Edgar barely cuts any weight at featherweight. He was walking at 152 pounds a few weeks before the fight, Henry shared.

Who does Edgar face?

There isn't a clear plan yet whom Edgar will face in his bantamweight debut. The only certainty is that his next fight will be at 135.

The bantamweight pool is pretty deep and it's led by current UFC bantamweight and flyweight champion Henry Cejudo.

Edgar got an immediate title shit when he moved down to featherweight. The division wasn't as stacked back then.

At bantamweight however, there are a number of fighters staking claim to be the next to get Cejudo.

Cejudo said that he wanted to fight Edgar if he defeated Holloway in the hopes of being the first three-division champion in UFC history.

Since that did not happen, maybe he still wants to fight Edgar to test himself.


Who should Frankie Edgar face at bantamweight? Should he get another immediate title shot against Henry Cejudo? Let us know what you think in the comments below.