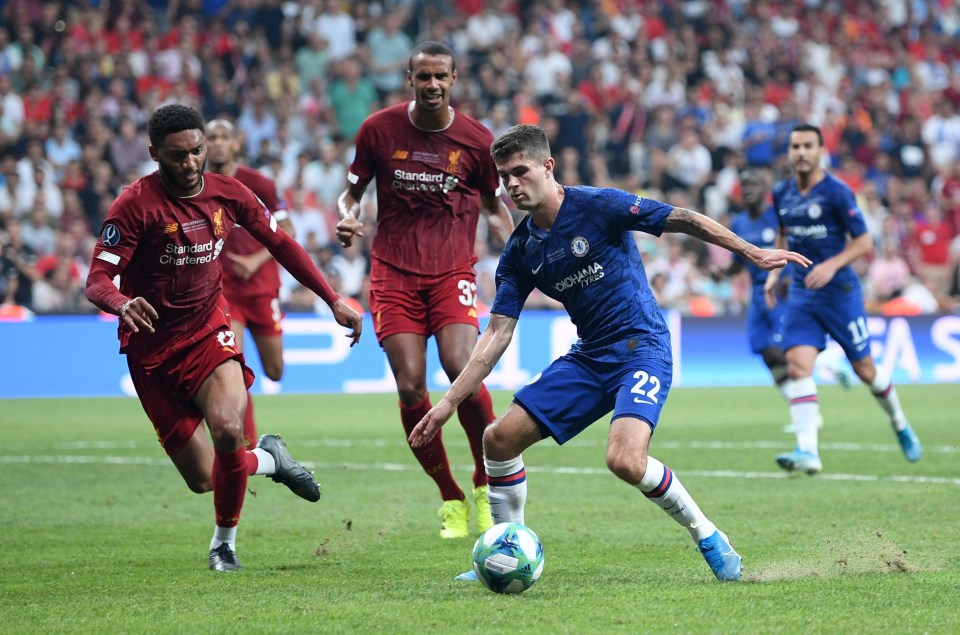 After not starting in a 4-0 loss Manchester United on Sunday, The United States' most expensive transfer is still finding his place in Chelsea.

Fans were already worried that history will repeat itself at the hands of Liverpool in the UEFA Super Cup in Istanbul.

The meeting is an annual match between the reigning Champions League and Europa League winners.
Chelsea held their own against the Reds. They were every bit of equal until the very end.

First-year manager and club legend Frank Lampard was strategic. He saved his most powerful starting 11 for Wednesday's game.

Olivier Giroud, Christian Pulisic and N’Golo Kante came in for Abraham, Ross Barkley and Mason Mount.
Liverpool had the momentum early in the second half. Experience showed however as  Chelsea rallied and almost claimed the trophy in regulation

They looked like the better team for long stretches.


It wasn't all bad for Pulisic though

Pulisic has yet to make the biggest impact for his team. He was a lot better in his second match with Chelsea though.

The United States' most expensive transfer started on the Blues’ bench in his first match three days ago. The 20-year-old was one of three new players in Frank Lampard’s lineup for the Super Cup.

He Giroud, and Pedro threatened the Reds’ back line as Chelsea doubled his team’s lead shortly before the break.

Pulisic saw flashes of light with a finish, which was cancelled out for being offside. He was lively at the start of the second half.

His goal-bound volley deflected out for a corner kick before being replaced by Mount after 73 minutes.

Lampard wants to allow his newest signing ease into the hardscrabble English game. "I don’t want to stick Christian straight into the fire,” Lampard said after the loss to Manchester United loss.

We can't blame the new manager for wanting to help his future star.

Will Christian Pulisic play better as the season progesses? How much hope do you have for the American prodigy? Tell us what you think about his potential in the comments section.