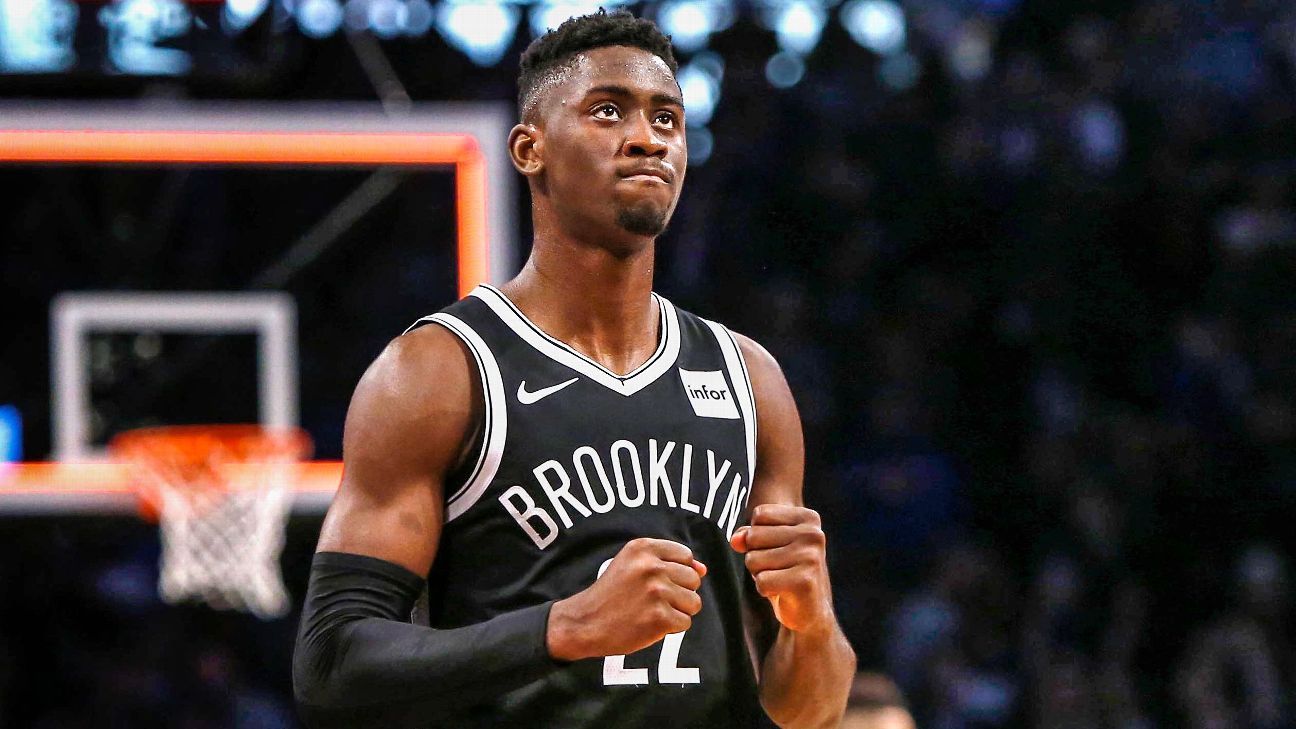 The Brooklyn Nets are on a roll this offseason making splashes on their signings.

Just after signing free agents Kevin Durant and Kyrie Irving to generous contracts, the team is now doing the same with its best holdovers.

The Nets have agreed on a three-year, $52.5 million extension with shooting guard Caris LeVert. The deal will keep the 25-year old under team control until 2023.

It is the fifth one in a series of splashes on contracts for Durant, Irving, DeAndre Jordan and another holdover in Spencer Dinwiddie.

Seems like the Nets will be lock themselves onto that core for some time.

LeVert showed the potential the Nets’ saw in him when they drafted him 20th overall out of Michigan in the 2016 NBA draft. He was a long-term project for the Nets' future plans and he is starting to show development in year three.

The young LeVert was predicted to be one of the steals in fantasy drafts. He delivered on those predictions as he averaged 19.0 points, 4.2 rebounds and 3.7 assists before sustaining a gruesome leg injury in mid-November.

He has dealt with a couple of foot injuries in the past. Both his junior and senior seasons at Michigan ended early due to foot injuries. It was also what cost him a good part of his rookie season.

Is LeVert worth the money?

The Nets still believe that LeVert can do good things fo them. They could have just let him be taken once he hits restricted free agency next offseason but they didn't.

Instead, the Nets gave him a very generous offer despite not wanting to wait for a carefully worked success. The team's splurges on Durant, Irving, and Jordan shows how much the team wants to expedite their championship hopes.

The team believes  LeVert is worth keeping around as they prepare for a major run at the Eastern Conference. Let's just hope Brooklyn's new superstars helps LeVert develop into a decent star over the next few years.

Is Caris LeVert going to improve further in the next four years? Tell us what you think about the Brooklyn Nets' prospect.