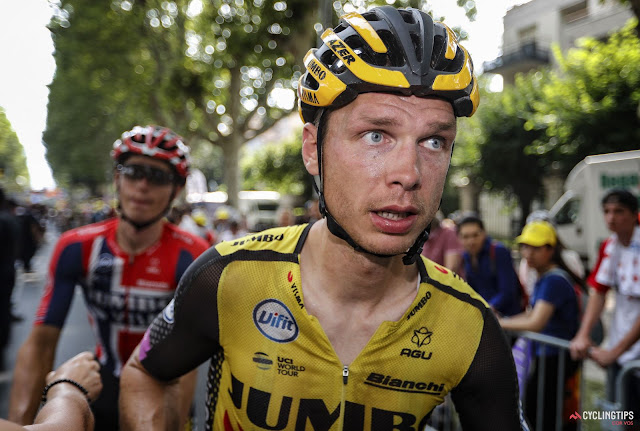 The Tour de France is the most prestigious cycling tourney in the world. So much so that a pair of cyclists tried to one-up the other.

Officials came down hard on Luke Rowe and Tony Martin who exchanged some light shoves during the race on Wednesday. Neither Rowe nor Martin appears to be happy about it.

Both cyclists were disqualified from the race. The incident happened near the finish of the race’s Stage 17 to Gap in the Col de la Sentinelle, according to the Associated Press.

When the competition gets tough

Competition was getting tough between the two cyclists as Martin seemed to initiate with a shove of Rowe near the edge of the road.

Rowe retaliated by chasing down Martin and grabbed him by the neck as both joined a pack of other competing cyclists.

Officials weren't happy with what transpired.

Rowe said he and Martin cycled the end of the race together and shook hands afterward, even giving a joint interview to discuss and appeal the incident.

Rowe admitted to his mistake saying:

“I think I can hold my hand up and say I made a mistake. It’s something I’ve got to live with now. It’s heat of the moment. It was hot out there. We were fighting for position.” - Luke Rowe


Rowe’s team manager Dave Brailsford wasn't happy with the decision. He called it “incredibly harsh” as the said incident was “nothing more than you see most days of the race.”

Now that both Rowe and Martin are kicked out of the Tour de France, other cyclists are also going to feel the effects of the decision.

Rowe is a teammate of defending Tour de France champion Geraint Thomas. He currently sits in second in the overall standings. Martin rides with Steven Kruijswijk, who is currently third.

Both cyclists could miss their teammates in the upcoming Alpine stages of the race.

Was the decision too harsh or just fair? Comment down below your thoughts.