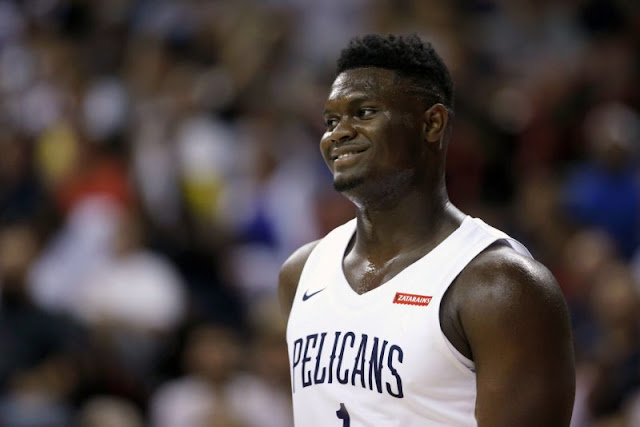 Loyalty is scarce in the NBA nowadays. Even the greatest of all time had to bounce through teams to chase pursuits.

One man made a bold statement that he wants to stick to regardless of the circumstance.

His name is Zion Williamson.

Whether it's through free agency or trade, stars have moved around constantly bouncing from team to team while others have found new homes after a long tenure as franchise players for their former teams.

WIllaimson isn't at all interested with the status quo today’s NBA.

If Zion has it his way, he’ll retire the same way Dirk Nowitzki and Kobe Bryant did. Staying in one team.

Bryant played all 20 seasons as part of the Los Angeles Lakers.

Nowitzki on the other hand spent 21 seasons and made sacrifices later in his career to stay with the Dallas Mavericks.

It is also worth noting that David Robinson, Tim Duncan and Manu Ginobili spent their entire careers as part of the San Antonio Spurs.

“My intentions are to stay with the Pelicans my whole career, but if something happens, I wouldn’t leave because I hate the place. It’s just the business," Williamson explains.

Bryant and Nowitzki are isolated cases. Most NBA players find themselves in new homes at some point in their career.

Hakeem Olajuwon got traded to the Toronto Raptors at the very last season of his career after spending 17 successful seasons in Houston.

Tony Parker signed with the Charlotte Hornets in his final season after 17 seasons in San Antonio.

Even LeBron James who is arguably the greatest of all time started with the Cleveland Cavaliers, then made stops in Miami and back in Cleveland before signing with the Lakers.

WIlliamson is a feasible franchise cornerstone the team can build around. With New Orleans suddenly becoming NBA's newest hype city, money will be flowing in.

It may be about time a team builds legitimate pieces around the 19 year old.

Will Zion Williamson stick to his word of staying in New Orleans? Comment down below and tell us what you think.