NBA2k Ratings Are Out! Here's a first look at some of them 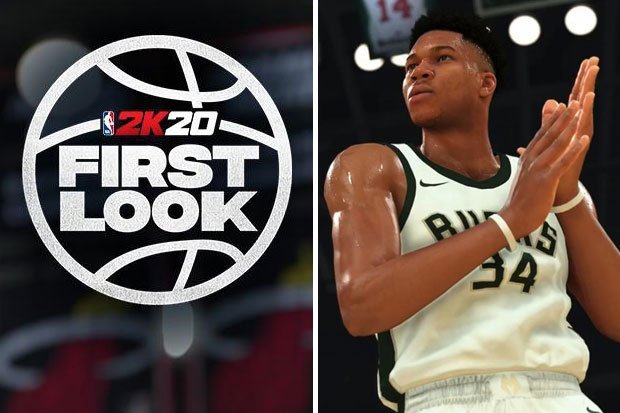 The day of the annual debate between players and fans alike has come. Does each NBA superstar indeed deserve what they got?

2K Sports has just released its NBA 2k20 top 20 player ratings and the world is once again buzzing. The league MVP isn't the highest rated player whilst tied with two others

As expected, LeBron James is once again in the top two as he and Kawhi Leonard both have a rating of 97.

NBA MVP Giannis Antetokounmpom together with former MVPs Kevin Durant and James Harden are rated 96 while Stephen Curry got 95.

Here are some of the other players who made Top 20. Let's take a look before we discuss some of them further.

Who's overrated and who's underrated?

Damian Lillard has once again went up in ranking but that could use a little more boost judging by how he carried the Portland Trailblazers last June.

Kemba Walker retained the same rating he had from 2k19's final update but that as well could use some boosting since he deserves a 90+ rating since his first playoff berth.

Karl-Anthony Towns has been getting a high rating since his rookie season but has yet to translate that into real-life wins which makes those ranked below him deserving of that 89 rating.

Fellow big men Nikola Jokic and Joel Embiid showed how they deserve their 90+ rating with their performance last season.

Jimmy Butler retained his 88 rating but probably due in part to being a member of a stacked Philadelphia 76ers roster last season. He has a chance to shoot that up as part of the Miami Heat roster.

The rookie rankings are just as anticipated

The rooks were not given the same leniency as those who preceded them.

Prep phenom Zion Williamson only got 81 despite being the De facto star of the New Orleans Pelicans.

Picks 2-5 were ranked based on their draft order. At least we do not have to worry about extreme overrating just like when EA Sports ranked Josh McRoberts 87 in 2007.

Williamson and Morant will likely see their rating increase on every update and would probably hit a benchmark of 85 this season.

Which player is likely to break into the top 20?

One name stands out: BRADLEY BEAL!

Bradley Beal has been playing like Washington's undisputed superstar since signing that huge contract extension with them. Beal has managed to surpass John Wall as the team's leader.

His 87 rating last year is likely to increase depending on where he ends up in the first half of the season. There might even be a possibility that he breaks the 90+ mark especially if Wall goes down with another injury again.

Luka Doncic did everything for the Dallas Mavericks last season which is why he managed to finish the season as the highest rated rookie at 87. He deserves this rating and he's another one that might just break the 90+ mark if he continues his stellar play.

Also watch out for DeMarcus Cousins as he is looking to get back to the 90+ league as his play has yet to decline statistically despite injury woes. He showed he is better than Anthony Davis when they played together for the first time and might just show it again.

Others to watch for are Devin Booker, Kevin Love, and Pascal Siakam.

As for the rest, let's wait and see.


Did these players get what they deserve? Who else is deserving of a higher ranking? Let us know in the comments section below.