Biggest draft bust in NBA history gets tryout from the Rockets 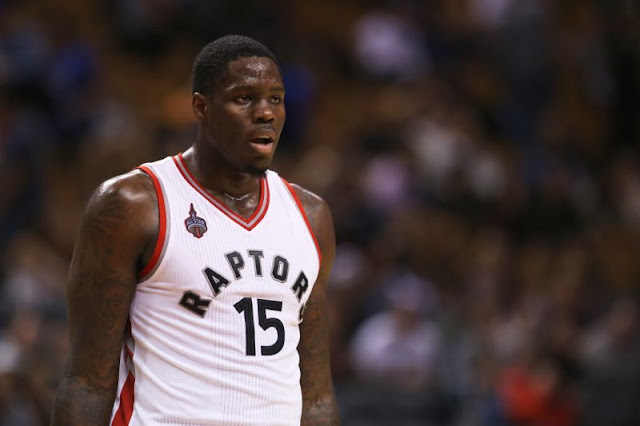 Anthony Bennett has another chance to prove himself in the NBA.

The Houston Rockets is giving the former No. 1 overall pick another shot to make it onto an NBA roster. The team invited Bennett to their training camp this fall.

Bennett agreed to a non-guaranteed deal with the Rockets. The details of the deal are yet to be disclosed.

The basketball world has always been biased in calling 2001 No. 1 overall pick Kwame Brown the biggest bust in history. Same goes to Sam Bowie who was drafted right before Michael Jordan in 1983.

Statistical wise, it isn't the case. Bennett only has a career scoring aferage of 4.4 points per game in the four seasons he lasted in the NBA.

Both Brown and Bowie lasted at least a decade in the league. Both players also managed to play a full season but not Bennett.

The supposedly potential of Anthony Bennett

The Cleveland Cavaliers made a huge risk by selecting Bennett as the top overall pick in the 2013 NBA draft.

It wasn't a bad move at that time since the risk could have reaped high rewards had Bennett adopted to the NBA game.

He only appeared in 52 games off the bench before the team decided to ship him to the Minnesota Timberwolves in a package to acquire Kevin Love.

Even with the Timberwolves only had a minimal impact. He would then spend the next two seasons with the Toronto Raptors and the Brooklyn Nets where he bounced back and forth in the G-League.

Bennett signed with the Phoenix Suns in September 2017 but was waived less than a month later.

Bennett spent the last four seasons bouncing from team to team in the developmental league. He also played for the Canadian national team in the FIBA World Cup qualifiers.

He was only able to complete a full season in the G-League as part of the the Los Angeles Clippers’ affiliate Agua Caliente last year. He averaged 12.2 points and 4.5 rebounds during his time there.

Is there still hope?

Bennett is only 26 years old. It isn't too late yet for him to find his place in the NBA. As part of the Houston Rockets, there might not be much for Bennett to do though.

You have James Harden and Russell Westbrook play hot potato on the ball on offense while taking care of most of the passing and rebounding as well.

Then, there is Clint Capela and Tyson Chandler to play rim protector. PJ Tucker and Kenneth Faried are expected to be the team's bruisers before Bennett.

The best he can make out of this is to learn from each one of the veterans in the hopes of finally finding what niche he belongs to.

Is Anthony Bennett officially a bust at 26? If not, will the Houston Rockets be what he needs? Let us know in the comments section below.