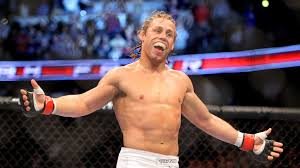 Urijah Faber was always talented enough to contend for titles but not enough to win it.

Faber has been hinting a potential comeback on social media but none has been confirmed that time. However, he told former UFC title contender and current commentator Dan Hardy that he "just accepted a fight."

It looks like his request appears to have been granted.

What prompted Faber to want to make a UFC comeback?

"I know my baby is keeping me young… but a good ole fist fight could help the cause,” Faber said.

He seems to look at UFC Sacramento on July 13 to be the perfect date. Sacramento is Faber’s hometown which is probably why the UFC did not hesitate to grant his wish.

If you follow Faber on his social media accounts, it can be seen that he is still in the same shape as he was during his active career.

He still continues to train in his gym at Team Alpha Male and spars with the younger fighters there.

There is also that huge "what if" after failing on four occasions to capture a UFC title.

Faber believes that he still has it in him to make another championship run, but he insisted that wasn't necessarily his goal. But he is coming back, that much is for sure.
Style wise, faber is definitely going to be the same. There even might be a chance that he would be in better shape than before given how he is spared of the injuries sustained in an actual fight.

As for who he will be facing, one name stands out: TJ Dillashaw

Former UFC champion Conor McGregor wants Urijah Faber to go after former teammate TJ Dillashaw. Even Faber himself might want that to happen.

The falling out was a highly publicized affair after then UFC Bantamweight champion Dillashaw moved to Duane Ludwig's camp in Colorado. Ludwig was the former head coach of Team Alpha Male.

Faber also admits that him and McGregor would talk from time to time about going after Dillashaw.

Since Dillashaw is currently serving a two-year suspension for testing positive for the banned substance EPO, that fight will not happen anytime soon.

Faber won't be thrown into the mix for the title right off retirement but a match with Henry Cejudo is very intriguing. Cejudo knocked out Dillashaw at flyweight to become champion.

The current flyweight champion has a similar background and style to Faber. The two can even pass as mirror images in terms of their styles.

Cejudo also has fought at Bantamweight where the weight cut will definitely be easier. That makes this matchup more intriguing.

Whom Faber will face in his return bout and the date have yet to be confirmed, but it is sure that the UFC Hall of Famer is headed back to the Octagon.

Anyone want to request another round with Dominick Cruz?

Who do you want to see Urijah Faber face in his UFC return? Leave a comment and tell us your thoughts.