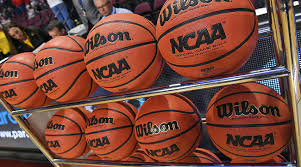 The FBI is investigating six college basketball programs over allegations of corruption. The six teams involved will be hearing from the NCAA regarding the matter.

The six schools are yet to be named but NCAA vice president Stan Wilcox dropped hints on which schools are involved. Wilcox said that the Southern District of New York’s legal cases would be a good starting point.

The main charges stemmed from a $100,000 payment to the family of Louisville recruit Brian Bowen.

Gatto was also found guilty on a charge relating to the University of Kansas.

Louisville and Kansas are already involved according to the trial. LSU, USC, Auburn, and Arizona could possibly complete the list of six.

LSU coach Will Wade was caught on an FBI wiretap mentioning a “strong ass offer” for a recruit.The school initially suspended the basketball coach but reinstated him in April.

As for Kansas, NCAA is investigating its case after federal wiretaps recorded Kansas assistant Kurtis Townsend allegedly asking what it would take for top recruit Zion Williamson to play for them.

Adidas representative T.J. Gassnola testified at the early 2019 trial that he had paid money to the guardian of forward Silvio de Sousa.

De Sousa was banned by the NCAA in February Kansas appealed his case which allowed De Sousa to be reinstated for next season.

Which other schools do you think or know engage in such activity? Comment down below on what you know.