Everybody is ignoring Kemba Walker ever since. Here is why they should not. 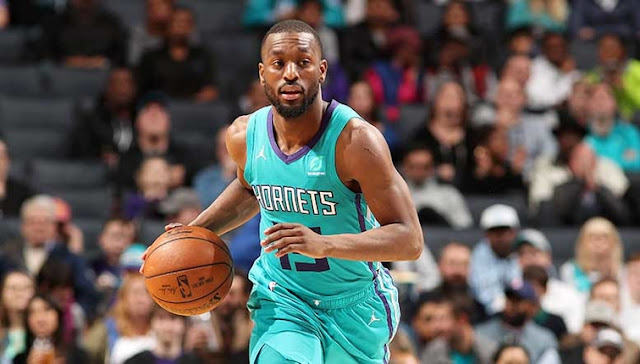 Charlotte Hornets superstar Kemba Walker is entering his ninth season in the NBA and teams and nobody seems to care still.

Walker still has low ratings on NBA2k, hasn't been tagged as a superstar despite carrying his team his entire career, and still isn't making maximum money like NBA superstars should do.

The Hornets front office even considered seeking trade opportunities instead of building around their franchise player.

Walker's free agency puts the team in a lot of trouble.

Losing Walker have a huge impact on the direction of the Hornets franchise. It also presents a dilemma for both the Hornets' front office and Walker himself.

Not many teams will be willing to shell out a max contract considering their lack of respect for the superstar. It is also possibly the last opportunity for Walker to score his biggest payday so he has to make it count.

He has publicly stated that he loves Charlotte but also wants to be playing meaningful basketball. It's either he chooses money or surefire success.

Loyalty is something that gets thrown out of the table in the pursuit of a greater legacy.

Not every player can pull off a Dirk Nowitzki or a Tim Duncan. Some have to find success elsewhere other than the team that drafted them.

Considering how they have failed to build around their franchise player for nine years straight, the only bargaining chip that Charlotte has will be the money.

They can offer Walker as much as $189 million dollars compared to just $140 million from another team on the market.

The New York Knicks have a lot of cap room and can afford to pay Walker whichever numbers he demands. Walker is open to the idea of playing close to his hometown but Brooklyn might not take the splash as they are bound to get D'Angelo Russell paid.

The Los Angeles Lakers is another team that can afford to throw as much money as demanded regardless of cap room or lack thereof.

Every veteran wants to play with LeBron James and the two might be that veteran combo that overpowers the toxicity of the youngsters o that team.

Walker is extremely underpaid for the amount of talent he has. He has fallen on the same limbo as Tobias Harris where everybody intentionally disrespects their star caliber.

There's really not a preferable outcome for the Hornets' front office this offseason. It would be an organizational failure if they allowed Walker to leave.

It's either you keep him for his real worth or let other teams be the one to pay him that.


Where will Kemba Walker play next season? Will he finally be respected as a superstar? Leave a comment and let us know what you think.