BREAKING: Anthony Davis gets traded to the Lakers 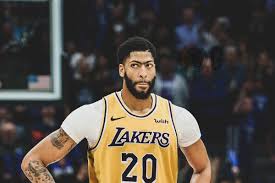 Anthony Davis is now a Laker!

Another big news in the NBA 48 hours after the Toronto Raptors shook up all headlines winning the NBA Championship.

There is also drama surrounding this week's 2019 NBA Draft. The New York Knicks who lost games on purpose lost the Zion Williamson sweepstakes while the New Orleans Pelicans won it without even trying.

Speaking of the Pelicans, youth is suddenly shifting their way plus a mini-reunion for some of them.

LeBron James will finally get his wish to team up with Davis in Los Angeles while getting rid of some nonchalant pieces. Only Kyle Kuzma's drama is left to deal with.

Veteran presence is set to overpower that leftover drama as the Lakers are interested in adding another star. Kemba Walker is likely the top target.

Even Kyrie Irving can possibly be reunited with James as he has showed interest in playing with Davis as well. Irving is one in many rumored to be bound for Los Angeles.

Bottom line is LeBron gets what LeBron wants.

What is left of the Pelicans?

The idea of Lonzo Ball tossing transition lobs to Zion Williamson in New Orleans seems interesting but we don't know how it will play out with the other pieces they received.

Ball and Ingram will be reunited with Julius Randle in New Orleans in a mini Lakers reunion. That might be bad news for Zion's future if such toxicity continues.

A lengthy process is set to take place in New Orleans for the next few years. Maybe #TrustTheProcess will now move to the West?


What are your thoughts on the Anthony Davis trade to the Lakers? Let us know in the comments section below.