Did the New York Knicks lose big in the lottery? 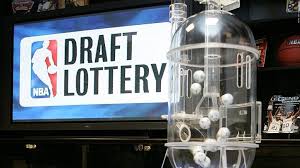 Tanking teams are the biggest losers Tuesday night as it was the New Orleans Pelicans that stole one.
Going into the Draft Lottery, the New York Knicks (17-65), Cleveland Cavaliers (19-63), and the Phoenix Suns (19-63) each had a 14 percent chance of landing the No. 1 pick.

It was not a good night for all three teams particularly the New York Knicks. They bore with the humilliation of holding the worst record in the NBA only to lose the draft lottery.

They ended up with the No. 3 pick instead. With all the Zion WIlliamson-related plans flushed down the drain, the team needs an immediate back-up plan shall drafting Zion snap out of existence for good.

Knicks fans are now mourning the potential permanent loss of a franchise changer. Sure there are still decent players that might even give them a winning sesaon but none can be worse than the loss of a potential brand for their franchise.

Let's see who's left after Zion

Anything can happen until that first pick is announced. There is still that slim possibility that Zion will land on their grasp at number 3.

But if not, who else is left? These players might not be named Zion Williamson but can still decently contribute.

Zion's 1-2 punch buddy in Duke RJ Barrett can possibly be available by that time. Despite his inefficiencies, Barrett has the confidence to take over even when his shots don't go in.
That definitely is a tendency that can be built around through rigorous NBA-level training. It just becomes a question of how Barrett will adapt.

Murray State point guard Ja Morant is probably the best prospect out there had Williamson not declared for the draft. He is likely to be picked second by the Memphis Grizzlies since drafting Barrett would be redundant to a young Jarren Jackson Jr.


Shall Morant fall to the Knicks at no.3, he has the chance to wow Knicks fans with his athleticism and highlight-reel dunks as a 6-3 point guard. That is on top of his scoring and playmaking ability which has the potential to translate into NBA stardom.

During his sophomore year, Morant averaged 24.5 points, 10 assists, and 5.7 rebounds per game while shooting 49.9 percent from the field and 36.3 percent from 3-point distance.

Morant also happens to perform well on the biggest of NCAA stages with a 17-point, 16-assist, 12-rebound triple-double in an NCAA tournament win over Marquette.

Other than that, there still is Duke's Cam Reddish, North Carolina’s Coby White and Nassir Little, Texas Tech’s Jarrett Culver, Gonzaga’s Rui Hachimura and Virginia’s De’Andre Hunter that are all expected to be lottery picks.


Did the New York Knicks lose big in the Draft Lottery? How lucky were the New Orleans Pelicans? Leave a comment and let us know your thoughts.