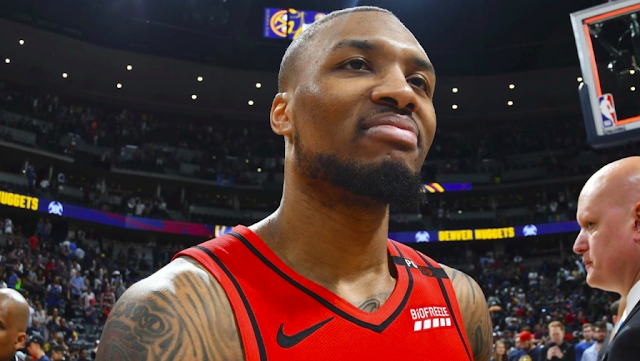 Damian Lillard is about to get paid.

The Portland Trail Blazers superstar is expected to receive a four-year, $191 million supermax contract extension according to league souces.

Lillard would officially qualify for the supermax if he’s voted to one of the three All-NBA Teams, which is virtually a lock for the four-time All-Star.

He has two more years and is still owed $62 million in his current current deal. An extension would mean another six years with the Blazers.

The new deal will most likely include a player option since Lillard bypassed this on his previous deal. That is enough to create his own legacy as one of the team's all-time greats.

Gave it their all

“We’ll focus on the [contract] later,” Lillard said after the Blazers were swept in a Game 4 overtime loss to Golden State Warriors on Monday night. It was the first time the team reached the Western Conference finals in 19 years.

The Blazers overcame a lot this season. Three of their top players all had to deal with injuries.

They lost starting center Jusuf Nurkic to a season-ending leg injury and played without CJ McCollum toward the end of the season. Lillard was also suffering a nagging rib injury during the course of the Playoffs.

Portland a favorite next season

Portland's performance during the playoffs shows how its core has finally matured into a serious threat.

Though they may still be a few pieces away, all they need right now are development boosters in their lineup before they start contending for a title.

The fact that locking in all defenses on Lillard no longer works as much as it used to, the team may in fact stick with the current lineup unless a good trade offer emerges.

They overcame the Oklahoma City Thunder and the Denver Nuggets to get to the conference finals. It looked exactly like the 2013 Indiana Pacers team that was a game away from the NBA finals.

The Western Conference has been extremely loaded for decades. Winning records do not often make the playoffs.

This Portland team will surely do again next season.

Is the future bright for the Portland Trail Blazers? Will Damian Lillard accept the long-term offer? Leave a comment with your thoughts on this upcoming deal.