Kentucky ties Calipari down for life in new deal 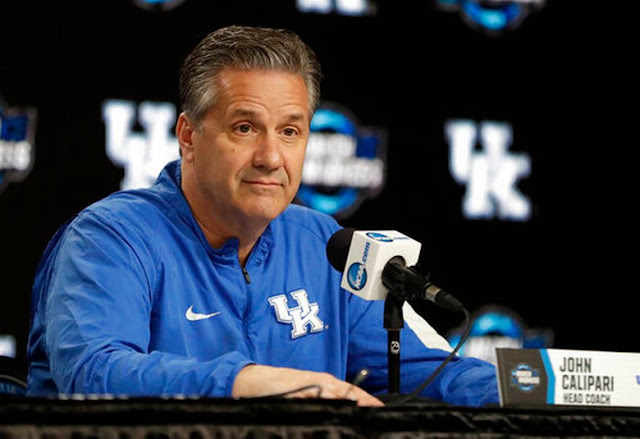 Looks like there is forever after all.. Well at least a lifetime contract for John Calipari.

The men's basketball coach agreed to a long-term contract to call the shots for University of Kentucky. The school announced the news Monday.

UCLA was one of the schools that made a huge offer. The Ivy League school offered Calipari a six-year $48 million contract.

The Bruins made an NBA player-like offer which the coach turned down. Instead, he chose one that offered him essentially a lifetime contract according to multiple sources.

The University of Kentucky have yet to disclose the terms of the deal.

Calipari said he appreciates what was presented to him. "They want me to be here until I'm done coaching. This is a unique place and I appreciate the opportunities I've had here," he adds.

The new deal includes 10 more years as the head coach of the men's basketball team. He will also receive a retirement package of being a paid ambassador for the program.

It isn't a surprise why he wasn't interested in leaving the Wildcats just like that. His previously signed contract extension in 2017 will run through 2024.

Not a counter offer

Calipari said the latest extension is not a counter offer to other schools interest. "It has nothing to do with all of the other stuff," Calipari said.

He also said that somebody usually calls him with an offer every end of the year.

"You think of what we have built, the culture of what we built here. We've done it all kinds of different ways. ... This is a situation and culture that has taken time to build. So where else would I want to coach?" - John Calipari

Calipari's legacy with the Wildcats

Calipari took over as head coach for the University of Kentucky in 2009.

He has then led the Wildcats to four NCAA tournament Final Four appearances. He also coached the 2012 team that won an NCAA championship.

Calipari has an impressive 305-71 since coaching the Wildcats. He is also one of the reasons the school has one of the best recruitment programs in the country.


Did John Calipari make the right move? What could have happened had he took the UCLA offer? Leave a comment and let us know your thoughts.