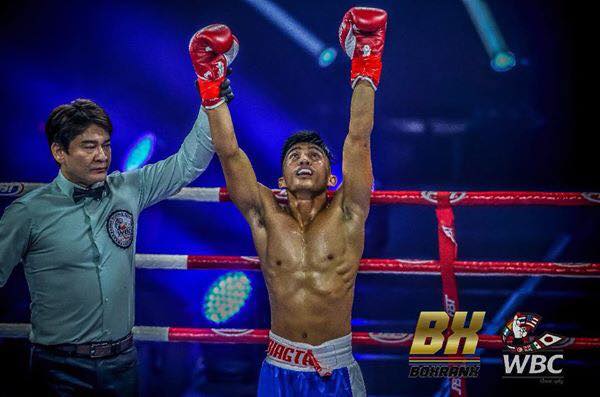 The event is scheduled to take place in the Yokohama Arena in Japan on April 21.

The two will face each other under kickboxing rules.

Nasukawa is undefeated in both disciplines that Biagtan excells on. The Japanese striker holds a record of 29-0 in kickboxing and 4-0 in MMA.

Biagtan on the other hand has a 4-1 MMA record and is 1-0 in Boxing. He is a Muay Thai kickboxer holding numerous across Asia.

Fritz Biagtan, hailing from the Philippines, has also dabbled in MMA (with a 4-1 record) and boxing.
Ironically, experience is on the side of the younger Nasukawa who was exposed to top level competition in Japan at an early age.

The Filipino will have the height and reach advantage with the Japanese fighter being two inches shorter.

Sharing the ring with Floyd Mayweather Jr regardless of the circumstance and outcome may also play a factor. It will take more of Biagtan's imposing offense to send Nasukawa backing up.

Overall, it's only a difference in opponents faced for both Biagtan and Nasukawa. Style wise, they are quite mirror images.

Mayweather was the first high caliber boxing name to work with RIZIN. Mayweather faced Nasukawa at RIZIN 14 in a match many called "fixed."

RIZIN CEO Nobuyuki Sakakibara said on Monday that “RIZIN.15 will have this man involved in a way. We will be ready to announce as I get back to Japan!”

Whatever the announcement may be, it's definitely another big development in the fight world.

Is Fritz Biagtan ready for the relatively bigger leagues? Who's side are you on? Nasugawa or Biagtan? Tell us who you want to see the victor.