What the DAZN deal means for Gennady Golovkin 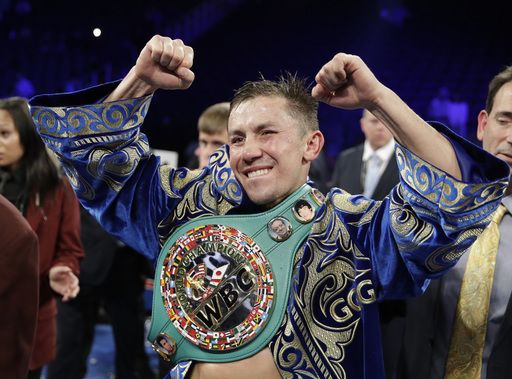 Gennady Golovkin gets added to the cast as he signs with sports streaming service DAZN.
The former undisputed world middleweight champion signed a six-fight contract for three years. Terms of the deal are yet to be disclosed.
He now joins his rivals Saul "Canelo" Alvarez and Daniel Jacobs on their boxing roster.

DAZN has done well lately with Canelo's first fight under them. The addition of Golovkin to their boxing roster probably sets up a third fight between the two rivals.

The streaming service has been generous with handing out contracts which only means they must set up the best moneymaking fights possible.

The 38-1-1 Golovkin runs GGG Promotions, a company he started in an effort to grow his brand.

Although not as big as boxer-ran Golden Boy or Mayweather promotions yet, GGG promotions looks to ride on DAZN's name to promote more big time bouts in the future.

Canelo is scheduled to face Jacobs this May 4. A rematch with Golovin is possible as well should Jacobs win.

Golovkin took a unanimous decision victory over Jacobs in 2017.

DAZN already owes Alvarez $365 million over the next five years. Adding another big name in the same division such as Golovkin gives you a ballpark of what his contract might be.

The company already has close to a billion in liabilities and that is just between two fighters. Adding more names would mean problems when it comes to returns.

Unless they can prove they can generate Manny Pacquiao or Floyd Mayweather numbers, there is still a good chance that the deal might flop.

Will GGG's new deal with DAZN work? Who do you want to see him fight next? Let us kow your thoughts in the comments below.