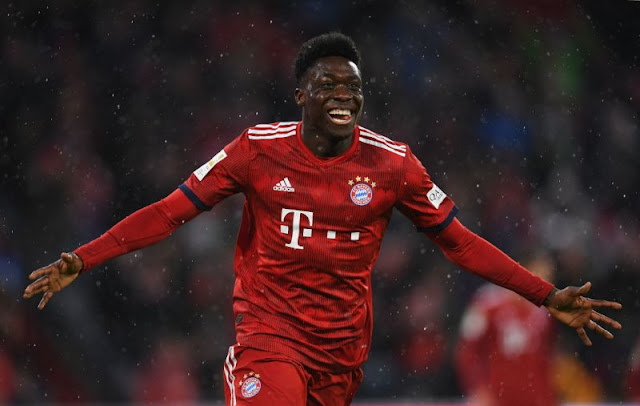 The former Vancouver Whitecaps winger moved to Bayern Munich in January but has yet to start for them.

That did not stop the 18-year-old Canadian from introducing himself to Germany's top league when he knocked home the rebound of a Robert Lewandowski shot.

Davies' goal completed a 6-0 demolition of Mainz on Sunday.

It was the longest Davies has played under manager Niko Kovac. He only totaled 25 minutes first four appearances for the club, all coming off the bench.

Sunday was different though. Kovac summoned Davies with more than a half-hour remaining.

It only took Davies 10 minutes to repay his manager's faith.

In just 35 minutes, Davies was able to score his first goal in his new league.

Davies was born in Ghana but grew up in Edmonton, where he started his youth career. He started his senior career with the Whitecaps FC, before playing for the main team.

He scored eight goals and 11 assists in 31 appearances for Vancouver Whitecaps FC last season. He was only 17 then.

Bayern Munich bought out Davies' contract last summer for a then-MLS record fee. The amount can reach up to $20 million depending on performance incentives.

He only joined the club late last year when he turned 18, in accordance to FIFA rules.


Is Davies the next big star for Bayern Munich? Will he make starting 11 before the end of the season? Leave a comment and let us know your opinions on this youngster.