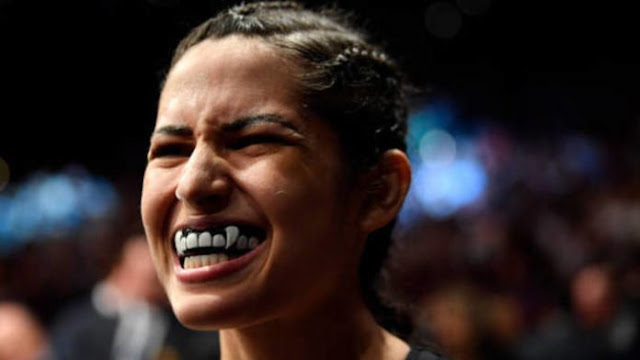 Polyana Viana takes down a full-grown mugger in Rio De Janiero. Little did the suspect know that his target was in fact a UFC fighter.

Viana beat the perpetrator up to the point of being unrecognizable. The scary part here is that she was able to inflict such damage despite weighing only 115 pounds.

The UFC Women's strawweight fighter is better known as a submission specialist, with six of her 10 wins coming by way of submission

The robber attempted to steal Viana's phone with a cardbord cutout which was shaped like a gun. She defended herself by throwing two punches and a kick, then followed up with a  rear-naked choke.

According to Viana, the suspect asked for her to call the police for fear that the UFC fighter might inflict more damage to him than she already did.

Viana then I sat the suspect down as they waited for the police to arrive.

The rear-naked choke is one of Viana's go-to move aside from the armbar. She made sure that the suspect will be as neutralized as possible, which is why she settled for the choke.

Viana has two submission victories with the move.