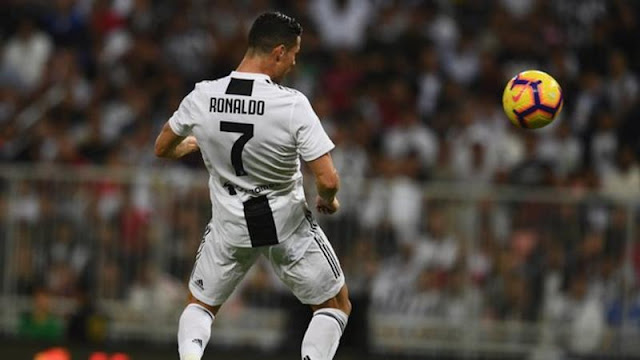 Cristiano Ronaldo has given Juventus a return in their investment as he wins the Italian Super Cup for his team.

This is Juventus' eighth Supercoppa Italiana, which they won at the expense of AC Milan in what was a highly defensive matchup.

The super cup was held at the King Abdullah Sports City Stadium in Jeddah, Saudi Arabia.

The game was met with controversial calls which could have been a deciding factor for both teams.

First, it was Blaise Matuidi who hit the net for Juventus. Unfortunately, the goal was void as it was ruled an offside.

Both Ronaldo and Douglas Costa made one attempt each but failed to convert as both teams remained goalless heading into the break.

AC Milan on the other hand felt like they were robbed of a point when Emre Can challenged Andrea Conti inside the box. There were furious protests from Milan as their appeal for a penalty were ignored.

The game was still anyone's to win at the second half as Patrick Cutrone's left foot strike on the turn hit the woodwork. That was the closest AC Milan had to scoring in the second half.

The ice was finally broken when Miralem Pjanic's cross connected to Ronaldo for the header, scoring a goal for Juventus at the 61st minute.

AC Milan failed to draw for the next 29 minutes, giving Juventus the victory and the Italian Supercup

"It was my intention to start 2019 with a trophy, I have my first title with Juve and I am very happy," Ronaldo said.

Will Juventus carry on with their success for the entire year? Will Cristiano Ronaldo add more accolades in 2019? Leave a comment and tell us why Ronaldo deserves to be the G.O.A.T.