Kyrie Wants to Reunite with LeBron 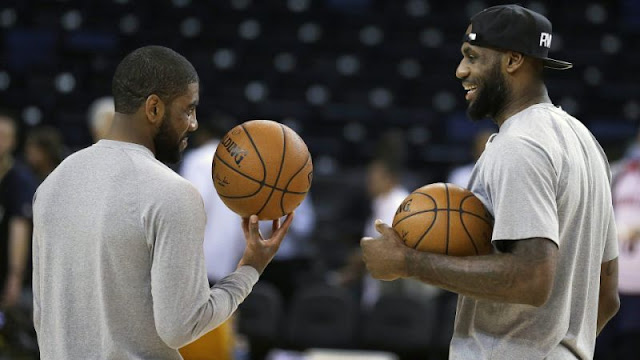 The Boston Celtics guard has already making waves all over the basketball world with the news that he called James weeks ago to apologize for his actions.

It is no secret that James has been recruiting superstars to join him in LA and it seems like Irving wants a piece of the cake as well.

Bleacher Report’s Ric Bucher reports that it turns out Irving’s desire to reunite with James is “for real.”

“A source close to the Celtics confirmed that Kyrie Irving is genuinely interested in reuniting with his former Cavaliers teammate. ‘That is for real,’ the source said.”

The Lakers have made it clear that they are in pursuit of New Orleans Pelicans big man Anthony Davis to beef up their lineup.

James has done his share in trying to recruit the 25-year old star to join him and form a superteam in LA.

Davis wants out of New Orleans and he may be joining the Lakers as early as the Trade Deadline shall the Lakers be willing to part with young assets.

Irving for his part has patched things up with his Celtics teammates but the idea of taking what you learned in Boston and applying them alongside the best player in the world today seems tempting.

At the end of the day, the final decision still depends on what LeBron wants.

Do you want to see Irving in LA? Will LeBron want to play with him again? Leave a comment and let us know your thoughts.