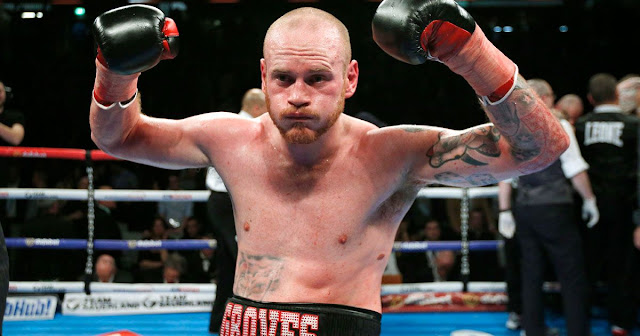 The former WBA world super-middleweight champion made the official announcement four months after dropping the title to Callum Smith.

Groves took to Instagram his comments on his own retirement saying "I don't want there to be a time where I'm 'too old' to box on, or where an injury retires me in or out of the ring."

Groves is only 30 years old but has fought in 32 fights. He has a 28-4 win-loss record with 20 of those wins coming by way of knockout.

It was Groves' fight against German boxer Eduard Gutknecht that he had a sudden realization regarding his future.

Gutknecht got knocked out in that fight and suffered a serious brain injury that left him in a coma and ended his career for good..

Groves showed sympathy as he of offered a prayer Gutknecht's recovery. He also spoke highly of Gutknecht praising how he fought to recover normal.

It also made him realize the long term effects that boxing does to a fighter.

"Boxing can have brutal consequences," Groves said. Furthermore, he explained that after winning the WBA world title, he would only continue fighting while it felt necessary.

"After the birth of my second son last year and losing in the final of WBSS (World Boxing Super Series), I knew the desire to fight had left me," he added.


Did George Groves retire too early? What is your favorite Groves match? Leave a comment and let us know your thoughts.