Brock Lesnar Has Yet to Pay NSAC Fine 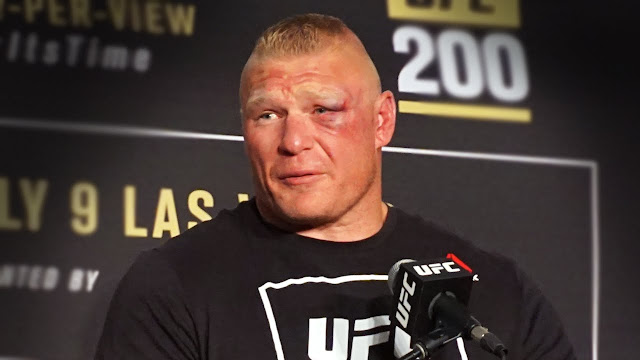 UFC heavyweight and WWE superstar Brock Lesnar seems to be avoiding the inevitable as he has yet to pay his $250,000 fine to the Nevada State Athletic Commission (NSAC).

Paying his fine for the two failed drug tests in 2016 would lift his supsension. Failure in doing so will continue to make him ineligible to compete in MMA.

Lesnar first tested positive for banned substances in July 2016, at UFC 200. This led to his win over Mark Hunt be overturned to a no contest and a one-year suspension.

His suspension was halted when he retired from MMA in December 2016 thus US Anti-Doping Agency's drug-testing pool.

His decision to return to the sport in July 2018 restarted the timeline of his suspension with NSAC and case with USADA.

This means that Lesnar should be cleared to compete as of today but his failure to pay the $250k fine is what is stopping him from a full clearance.

The former UFC heavyweight champion and current WWE Universal champion has earned a reputation of relying on his draw to dictate how much money he wants and how often he shows up for it.

His second stint with the WWE which started in 2012 defines it and might be the same for his UFC career.

Lesnar has been known for his unwillingness to take a storyline beating, which might be a factor considering the bumps he are to take if he is to make his UFC return.

If he decides to return to the UFC though, he is likely to challenge UFC heavyweight champion Daniel Cormier, who he has had a brief feud with after a post-fight confrontation.

Where will Brock Lesnar go next? UFC or WWE? Leave a comment on which side you choose.