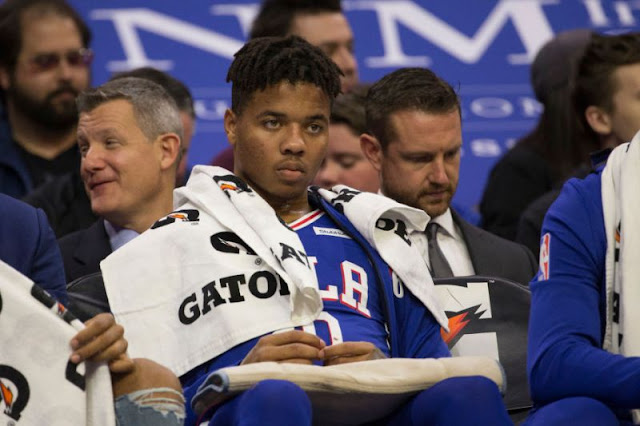 The career of Philadelphia 76ers guard Markelle Fultz seems to be in limbo as teams are hesitant to trade for the former top overall pick.

Reports state that the reason Fultz is taking times on and off the court are due to injuries to his shoulder and wrist respectively.

Fultz and his agent have been pinning the said injuries to his suddenly broken jumper. Teams however are skeptical that the 20-year old's problems are physical.

Fultz is still an interesting piece with a ton of potential, which is why the Sixers traded up in the 2017 NBA Draft in order to land the point guard. They traded their No.3 pick to the Celtics, which later became Jayson Tatum.

He would then show up to training camp with his broken jump shot, which he and his agent would attribute to a muscular scapular imbalance. This caused him to miss out most of the 2017-2018 season.

Fultz managed to put up a triple-double performance in the last game of that season. He only played three games in the playoffs however as he was benched due to his shooting troubles.

All in the head?

Fultz had all summer to work on his shot and get it back to form but it does not seem like anything happened once the season started.

To make matters even worse for the promising guard, his backup T.J McConnell is starting to get more minutes than him.

His agent would now tell reporters that Fultz is now suffering from a shoulder ailment, which will cause him to skip team practices and games.

Teams are actually willing to trade for Fultz under the condition that the true status of his injury will be disclosed.

He does not show any signs of hurting as he manages to perform drills proficiently. All that looks wrong about Fultz right now is his jump shot.

There might be the possibility that Fultz is handicapping his true ability so that the team will be forced to trade him and let him play elsewhere.

Sixers teammate JJ Redick is familiar with this practice as intentionally missed shots in his last two years with the Orlando Magic. His solid play with the Los Angeles Clippers and now the Sixers are proof of Redick's true ability.

Fultz might be falling into the same category but the Sixers still have a lot of faith as they chose not to include him in the trade package to acquire Jimmy Butler from the Minnesota Timberwolves.

Later reports would then state that the team is actually prepared to let Fultz go and that he is no longer part of their plans moving forward.

Whether or not the Fultz's injuries are legit, he should know that the truth is what will set him free. Teams are actually waiting on it.

Should Markelle Fultz stay or should he go? Is he going to end up as a bust? Leave a comment and let us know what you think.