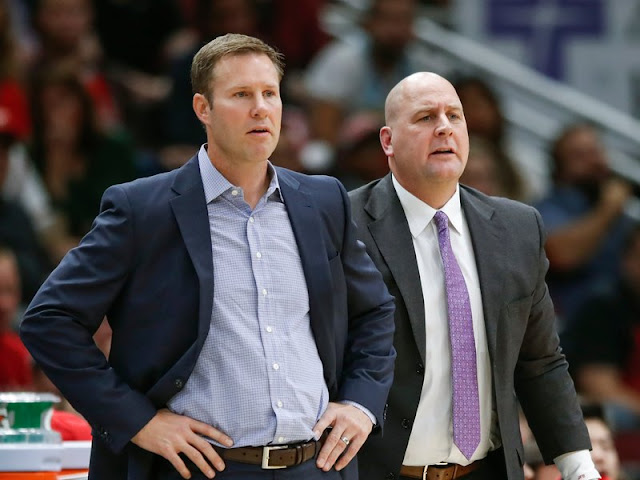 The Minnesota Timberwolves has endured a lot of drama and setbacks early in this season which is why there is a possibility that another change will happen to them.

Current team president and head coach Tom Thibodeau has been under scrutiny during the entire Jimmy Butler drama.

Minnesota was losing as they stood second to the last in the Western Conference with a 4-9 record.

The team was able to move on after shipping butler to Philadelphia for Robert Covington and Dario Saric.

They have gone 9-3 since then.

Inside sources has indicated that coach Thibodeau may be on his way out of the head coaching gig as a candidate is set to take over. That man's name is former Timberwolves player Fred Hoiberg.

The Chicago Bulls just fired Hoiberg after three years as their head coach. The rebuilding Bulls are currently 13th in the Eastern Conference and apparently Hoiberg isn't part of their long term plans.

Incidentally, Hoiberg was considered for the job a few years ago. Now might be his chance to prove he should have been the worthy choice.

Records show that Hoiberg does not have a very impressive record as head coach. Add that to a young Bulls team that has yet to figure out their own identity isn't a good formula.

However, having Hoiberg coach the Timberwolves, who has already established that Karl-Anthony Towns is the player to lead them may be an interesting story.

The former Bulls coach as had a history of problems coaching multiple superstars on one team but for the Timberwolves, he can easily make plays around a single centrpiece.

Hoiberg has already succeeded Thibodeau in the past. Will history repeat itself?

Is Fred Hoiberg a good fit for the Minnesota Timberwolves? Where does this leave Tom Thibodeau? Leave a comment and let us know your thoughts.