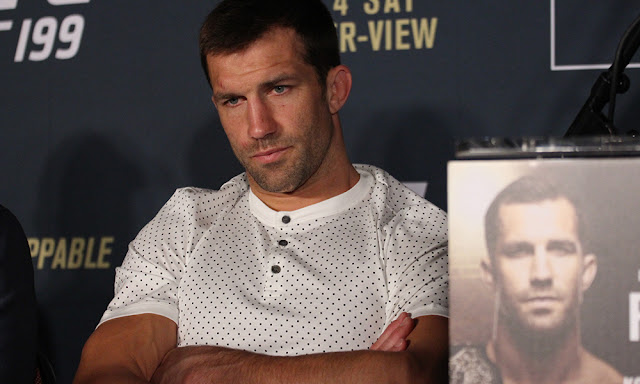 Luke Rockhold thinks it is best if he makes his UFC return at Light Heavyweight.

The former UFC and Strikeforce middleweight champion thinks it will be best as he has dealt with health concerns while cutting weight in the past.

This is what kept him on the shelf for almost a year as he worked on recovery and adjustments in his regimen.


Time to move up

Rockhold stands 6'3, which is actually bigger than some of the UFC heavyweights if you come to think of it.

He has spent his entire career taking drastic weight cut measures just to fight at 185 lbs. A move to light heavyweight will bring him closer to his natural body weight.

"I’m a better fighter where I fight naturally and bigger and I’m long overdue moving up and I’m done with middleweight. It’s time to move up," Rockhold said.

Furthermore, he mentioned how his body has started to reject cutting down to 185 lbs and how he would usually blow up everything he eats.

He feels happier and better now that fighting on his natural weight has not only made him feel like a better fighter, but also helped stave off injuries.

Rockhold is still dealing with a recent knee injury but when it heals, he looks to make a solid return with a debut at light heavyweight.

The UFC's No.2 ranked middleweight fighter will probably be given a Top 15 opponent bo break into the division. It wouldn't be a problem since Rockhold has worked with bigger fighters in camp.

"I'm just waiting for my body to go, but I think March is very realistic," Rockhold said.

Who do you want to see Luke Rockhold face at Light Heavyweight? Will he have the same success as he did at 185 lb? Leave a comment and let us know your thoughts.