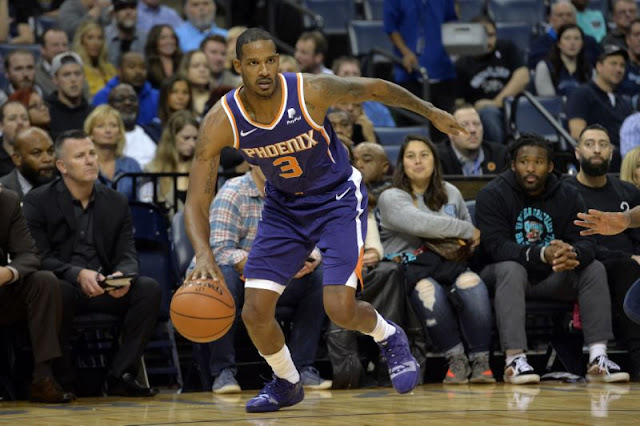 Phoenix Suns forward Trevor Ariza could find himself returning to familiar territory in the next few days as the Los Angeles Lakers has shown interest in trading for the defensive specialist.

The Lakers are engaged in talks to bring the prolific wing defender back to LA. Ariza has won an NBA championship with the Lakers in the 2009-2009 season.

Both parties have been reaching out to a potential third team as they look to ship out guard Kentavious Caldwell-Pope in order to land Ariza.

The Suns would want an asset in exchange for an asset rather than go into total tanking mode.

This explains why Phoenix has made a list of needs such as a playmaker and a draft pick in exchange of the loss of letting Ariza go.

It seems that the team is only waiting for Saturday, when players signed in Free Agency are eligible for trade.

Should Ariza be in a Lakers uniform this season, he will be joining former teammate Tyson Chandler, who has been a solid presence on defense for the Lakers since his acquisition last month.

The Lakers look to beef up their defense in order for LeBron James to focus more on facilitating and leading on offense.

The 33-year old is still an asset at his age and has played a key role in every team he has been to since breaking out as a defensive ace.

James has made it clear that he wants to be surrounded by a cast that he is comfortable working with which is why he went for dysfunctional players who are extremely talented in Free Agency.

Lakers fans are optimistic that this team will end their decade-long title drought. Having Ariza on board will definitely get their hopes up even if it means letting go of Caldwell-Pope.

They are curently fifth in the Western Conference after a rather shaky start to their season. The team has managed to find their groove under James' leadership.

It is safe to say that trading for Ariza will create more balance when it comes to their rotation.

Is Ariza a perfect fit for the Lakers? Will the trade push through? Leave a comment and let us know your thoughts.
Basketball Basketball News Los Angeles Lakers NBA NBA News Phoenix Suns Trevor Ariza