Lakers in Pursuit of Anthony Davis 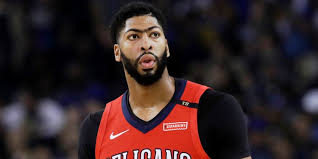 The Los Angeles Lakers are reportedly in pursuit of Anthony Davis. The New Orleans Pelicans big man has been on the wish list of teams for a while now.

They are looking to beef up their lineup with a mix of young talented players and established superstars.

This also explains why the Lakers backed out of the trade for Trevor Ariza when the Phoenix Suns asked for some of its young talent.

Whoever LeBron James wants, LeBron James probably gets. He literally built the Lakers linup this season and will not hesitate to grab another asset if needed.

There probably is a dilemma of talent in LA with reports that the team is also interested in signing players such as Kevin Durant and Kahwi Leonard. Whether or not either sign with them remains a question mark.

Cap room is not an issue for a huge market team such as the Lakers, who have shown in the past that they are willing to pay the luxury tax.

The Pelicans want to keep Davis, who they have heavily invested on and are willing to build around for an unforseen future.

New Orleans are currently 12th in the western conference and would want to get as much wins as possible this season in order to convince Davis to stay.

The team can offer Davis as much as $230 million for an extension and that price can possibly increase depending on their cap room.

Judging by where the Pelicans are at this season, the Lakers smell blood and are willing to go all-in on Davis.

Will Anthony Davis go to the Lakers? Will the Pelicans be able to hold on to their superstar? Leave a comment and let us know where you want to see Davis go.