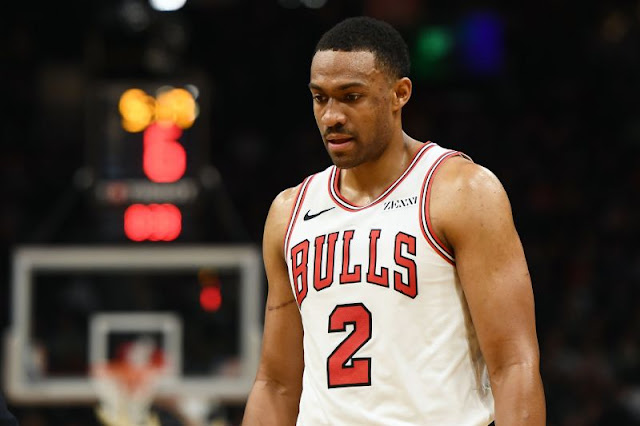 Jabari Parker played just four minutes for the Chicago Bulls in their 97-91 loss to the Orlando Magic Thursday. He did not play in the second half of that game

Coach Jim Boylen confirmed that by saying that Parker will not be seeing regular minutes moving forward.

The recently appointed head coach said that the former No. 2 overall pick saw the court sporadically due to a "matchup thing."

Hopes where high for Parker the Milwaukee Bucks drafted as the No. 2 overall pick in the 2014 NBA Draft.

Parker showed tons of potential as he put on a string of impressive performances before going down with an ACL injury, allowing No. 1 pick Andrew Wiggins to have a free ride at winning the Rookie of the Year award.

The next three seasons were nightmares as well for Parker as his inability to stay healthy has come in the way of breakout performances.

The athletic forward was given a chance to start anew when the Bucks retracted his qualifying offer, allowing him to sign a two-year $40 million contract with the Bulls in free agency.

He has played decently as the Bulls' second leading scorer behind point guard Zach LaVine.

Having productive forwards such as Lauri Markkanen and Bobby Portis did not hinder Parker's production as he averages 15.2 points, 6.9 rebounds and 2.3 assists in 29 games for the Bulls.

With coach Boylen breaking the news that Parker is out of the regular rotation, the future is uncertain for the talented forward.

Parker out of Chicago?

It seems pretty clear that Boylen wants the his team to step up on defense ever since he took the spot as head coach from Fred Hoiberg earlier this month.

Parker has stated in the past that players are not paid to play defense and stood firm with sticking to his strenghts.

The Bulls front office are engaging in trade talks to move the 23-year old out of Chicago according to The Chicago Tribune reporter K.C. Johnson. There is considerable interest for the Bulls forward, he said.

While Parker still remains an asset to any team would pick him up. All that is needed is for the team to build around him as a centerpiece like he was in his high school and college days.

Chicago is set on making Zach LaVine their star and it will not change despite the new regime.

The best thing for Parker to do right now with this recent development is to focus on getting in better shape in order to stay healthy during the course of this season.
Basketball Chicago Bulls Jabari Parker NBA