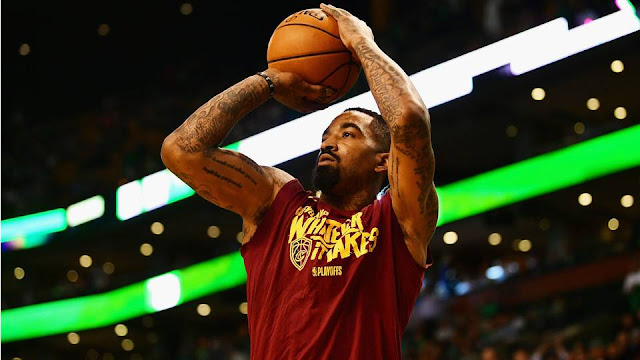 The Houston Rockets are looking to boost their lineup with an additional man hence, J.R. Smith.

With the news of Eric Gordon being unhappy with the state of the team, Smith might be the missing piece that brings some swagger back to Houston.

The team seems to be losing their mojo this season as they hold the second worst record in the Western Conference at 12-14.

Being able to duplicate their 65-17 finish last season is now a far shot for a Rockets team that once held the league's best record.


Is Smith the answer?

The Rockets tried to upgrade their team's offensive firepower by signing Carmelo Anthony last summer. It only took 10 games for them to realize that another high volume scorer isn't the answer.

Smith no longer participates in team activities of the Cleveland Cavaliers. He and his agent are working with the team in order to finalize a trade.

Having J.R Smith on any lineup will always have its risks. One night he will shoot the lights out but the next, he is ice cold from deep.

Smith still remains a valuable asset though despite having moments where he blanks out. His on-court attitude is just what the team needs in a desperate effort to find their lost confidence and morale.

Gordon may be unhappy but he does not see himself leaving just yet. He also continues to be one of the team's more consistent contributors.

They traded Ryan Anderson to the Phoenix Suns for Brandon Knight and Marquese Chriss last summer. Only Chriss has seen playing time this season and his numbers are less than impressive.

The Rockets have three rookies on their roster namely Gary Clark, Vincent Edwards and Isaiah Hartenstein. Any of those three can be used to sweeten the trade.

The team also has draft picks at its disposal which might be of use on a Cavaliers team that has no choice but to rebuild.

Only James harden, Chris Paul, Clint Capela, and Gordon seem untouchable at this point. So who gets traded?

Is J.R. Smith a perfect fit for the Houston Rockets? Who gets traded shall this deal push through? Leave a comment and let us know your thoughts.