Have the Celtics Lost Their Groove? 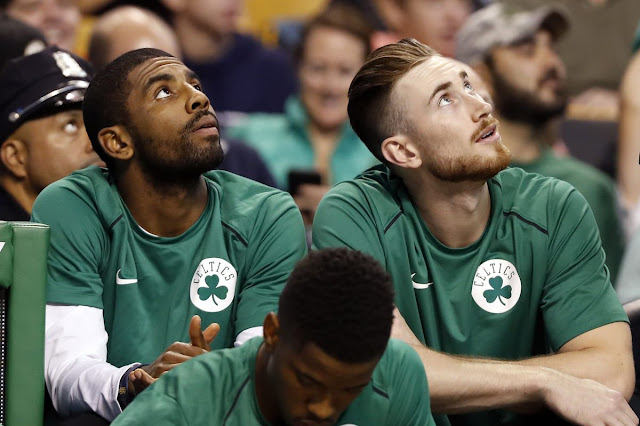 The Boston Celtics have been struggling to find the flow that got them the No. 2 seed in the 2018 NBA Playoffs.

Even with Kyrie Irving and Gordon Hayward healthy and in full form, the C's have suffered huge losses to the New York Knicks and the Phoenix Suns, who happen to be bottom feeders in their respective conferences.

The Celtics aren't really bad at 5th in the Eastern Conference with their 18-12 record. it's just that something seems off for a team that barely missed the NBA finals last season.

Former NBA superstar Tracy McGrady made an Austin Powers reference in saying that the team (Celtics) have "lost their mojo."

It seems legit given that the Celtics appear to have lost their groove this season. From everything seeming to work for them last season, they have succumbed to a certain pattern of roles.

Whether it's Hayward's suddenly not fitting in his return or the youngsters' reliance on Kyrie Irving, the fairly young Celtics team need to get it straight.

With Irving out for the 2018 playoffs, the Celtics were left with Al Horford to as their only star to anchor them into the postseason.

Horford didn't hesitate to give way to youngsters such as Jayson Tatum, Jaylen Brown, and Terry Rozier to be the team's offensive firepower.

The Celtics made it deep into the playoffs after eliminating the Milwaukee Bucks, doinating the Phiadelphia 76ers, and pushing the LeBron James-led Cleveland Cavaliers to the brink of elimination.

There wasn't a clear superstar during that impressive playoff run as each trusted the other equally. Nobody saw the other as more superior on offense and defense which is why each player was able to get contribute without pressure.

Now with Irving being the team's leader on offense, the young ones seemed to have lost their hunger to prove themselves now that someone is willing to carry them on offense.

Hayward's return does not help matters as his status and position eats up minutes where Brown or Tatum may contribute best.

How to fix them

NBA superteams have this formula of using talented players as leverage to loosen up their game. This is what created stars out of Jimmy Butler, Rajon Rondo, Clint Capela, etc.

The amount of talent of the the team's superstars, combined with the playing time they receive should be used to for exploring their strengths and weaknesses.

It's not that they are in a bad position right now. The team's young stars just need to find a way to play the way they did last season even with Irving and Hayward taking the ball away from them at times.

The team may have lost their mojo but it's something that is easily fixable without moving people in and out of the roster.

Will the Boston Celtics find their groove again? Will they be able to fix their problems internally? Leave a comment and let us know your thoughts.