Edson Barboza Looks to Get Back on Track 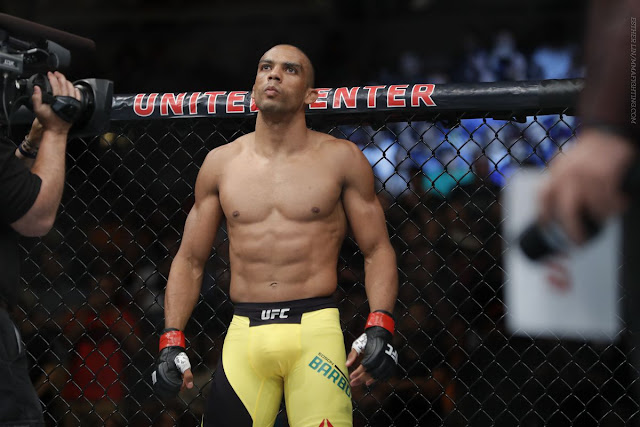 Edson Barboza feels that a change in surrounding in just what he needs to get back on track.

The UFC's No. 5 ranked lightweight fighter looks to bounce back after taking two steps back in his outings against Khabib Nurmagomedov and Kevin Lee.

It's not like he's on the verge of being released after three straight losses but Barboza feels that it's time to move back to Florida.


A change in surrounding

Barboza spent most of his UFC career training in New Jersey with the famed Mark Henry, who trains former champions such as Frankie Edgar and Eddie Alvarez.

It was when his Muay Thai Coach, Anderson Franca moved to the United States and taught kickboxing at American Top Team that Barboza felt it was the best choice to move.

With a battalion of instructors ready to take care of his every need come training camp, Barboza says that there is a huge group of them willing to take him under their wing and make him better.

The choice of sparring partners is also important as he has the liberty of choosing somebody that would replicate the style and built of an upcoming opponent.

There is no ill will whatsoever with his former team in New Jersey. Henry, together with BJJ coach Ricardo Almeida and Nick Catone all understand that it is all part of the game.

Getting back on track

Barboza has a tough ask ahead as he faces Australian Dan Hooker, who is on a four-fight winning streak. Hooker won his last two fights via KO.

Hooker has a good submission game as well, one that Barboza has shown weakness with in the past.

The 32-year old Barboza is looking for a career resurgence in the form of his new training camp.

We are all set to see how it will play out come Saturday when the two meet in the co-main event in Milwaukee.

Will Edson Barboza's move to American Top Team pay off? Will he end 2018 with a win? Let us know your thoughts in the comments section.