Durant Aims for More Money in his Next Deal 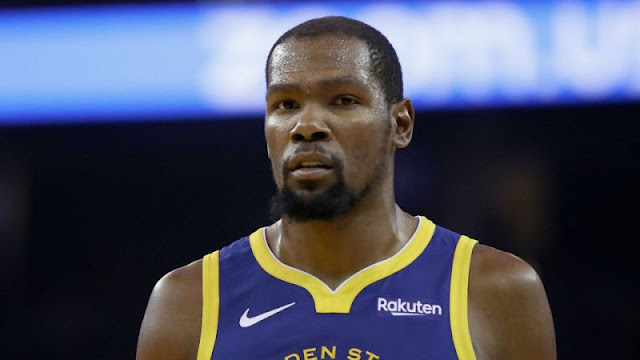 Kevin Durant has a new goal in mind as he enters next season... to get as much money as he can.

The Golden State Warriors star spoke about his status on Posted Up with Chris Haynes podcast.

"I just want to make sure I get as much money as I can on my next deal, so I can stack up my money and figure it out," Durant said.

Where is Durant heading?

Durant has been linked with numerous teams for next season.

"I want to dictate the environment that I want to be in," Durant said, referring to the time when the Golden State Warriors recruited him in July 2016.

The one most talked about is the possibility of joining Lebron James in Los Angeles to form a superteam alongside either Anthony Davis or Kawhi Leonard.

The Lakers are a team that still gets returns out of paying the luxury tax so this deal is possible.

A return to the Warriors is also an option as the team will be willing to pay as long as they keep winning.

The only thing that might be stopping him from re-signing with them is his past issues with teammate Draymond Green. The two said they have patched things up since then.

Will another title say otherwise?

Durant has been the difference maker for a Warriors team that seem to had their puzzle solved prior to his arrival.

The two-time Finals MVP has proven that he can still be the team's main man despite Stephen Curry and Klay Thompson being the franchise's front faces.

With back-to-back NBA titles, will a three-peat convince Durant to stay? The Warriors would probably give in to his wishes of a lucrative paycheck.

The only thing stopping it right now is that the Lakers will not go down without a fight.

Will Kevin Durant find a new home next season? Will he stay with the Warriors? Leave a comment and let us know your thoughts.