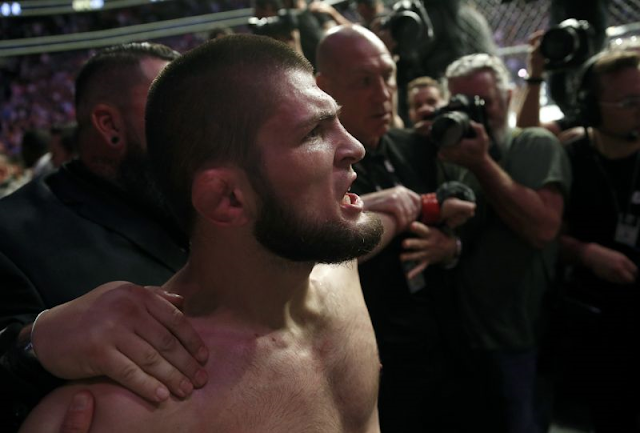 It looks like more details have emerged from the brawl that happened at UFC 229.

Danis was involved in the chaos that ensued outside the octagon after the fight, while Tukhogov and the younger Nurmagomedov attacked a recovering McGregor inside.

The hearing for the cases of the three people suspended is on December 10.

After a lopsided win by Khabib at UFC 229, he then proceeded to start a brawl with Conor's team after the challenger insulted the champion's hometown, family and religion.

Nurmagomedov would then face serious sanctions such as his purse being withheld along with a couple suspensions. He would then accuse the UFC for condoning McGregor's foul antics during the buildup.

The Nevada State Athletic Commission would have a more in-depth review of the incident however as they carefully reviewed the video evidence.

According to the video tape revealed, Danis was trying to provoke Khabib as he motioned with his arm as if he were challenging for a fight.

Abubakar and Zubaira on the other hand were seen blindsiding McGregor as they threw cheap shots.

NSAC chairman Anthony Marnell III has not ruled out the possibility of more complaints to be filed in the future. He explained that they will need more time to gather more evidence on the incident.

Marnell said he expects both UFC competitors (Conor and Khabib) to  be present on the December 10 hearing. That is unless they are able to reach a settlement beforehand.